Genetic Test Gets Okayed by FDA: 4 Stocks to Keep an Eye On

In February, the FDA approved the marketing of the first test to detect a genetic disorder known as Fragile X Syndrome or FXS. The test is designed for use in adults who may be potential carriers of genetic alterations pertaining to FXS, also known as the FMR1 gene. This pathbreaking regulatory approval will enable genetic testing companies to expand their business in this niche as FXS is the leading monogenic cause of autism spectrum disorder, which is on the rise globally.

With rampant cutting-edge innovation by MedTech companies in the growing global genetic testing market and the readiness of regulatory bodies like FDA to support and validate such tests, there are a number of companies that deserve investors’ attention. Let us take a closer look.

Rise in the incidence of genetic disorders and cancer as well as growing awareness about personalized medication and therapies is driving the space.

One of the most pioneering genetics tests is the in vitro diagnostic (IVD). It is done on blood, saliva, urine or any tissue sample. The test can also be used in precision medicines to detect patients who can benefit from specific treatments. IVD essentially comprises next-generation sequencing which scans a person’s entire DNA structure to detect genetic variations or anomalies. IVDs, which are marketed directly to consumers, are called direct-to-consumer tests (also known as DTC).

In this regard, Abbott Laboratories’ ABT IVD business performs immunoassays and blood screening. The company recently obtained FDA approval of its Alinity suite of instruments for blood and plasma screening and has made significant progress in obtaining regulatory approvals for a critical mass of immunoassay and clinical chemistry test menu.

Another type of genetic testing, which also falls under the broad category of IVD, is the companion diagnostic test. It is a diagnostic test used alongside a therapeutic drug and developed on the basis of companion biomarkers.

In this regard, Myriad Genetics MYGN witnessed significant progress with respect to its BRACAnalysis CDx and myChoice CDx. In December 2019, the company attained FDA approval for BRACAnalysis CDx to be used as a companion diagnostic in pancreatic cancer patients. Around the same time, it received FDA approval for myChoice CDx as the companion diagnostic in ovarian cancer patients.

4 Stocks to Focus On:

We have zeroed in on four stocks with a Zacks Rank #3 (Hold) which have solid prospects with regard to genetic testing.You can see the complete list of today’s Zacks #1 Rank (Strong Buy) stocks here.

LabCorp LH: Over the last few years, this company has made a number of acquisitions to strengthen its genetic testing services. In January 2020, LabCorp signed a deal to adopt Thermo Fisher’s TMO Ion Torrent Genexus Next-Generation Sequencing System (“NGS”) and Oncomine Precision Assay. It will be used in future oncology and precision medicine applications. This partnership will provide LabCorp the scope to broaden access to comprehensive genomic profiling.

In the past three months, the company’s shares have outperformed the industry.  The stock has rallied 5.8% against the industry’s 1.6% fall. The company’s earnings growth rate over the past five years has been 9.4%. 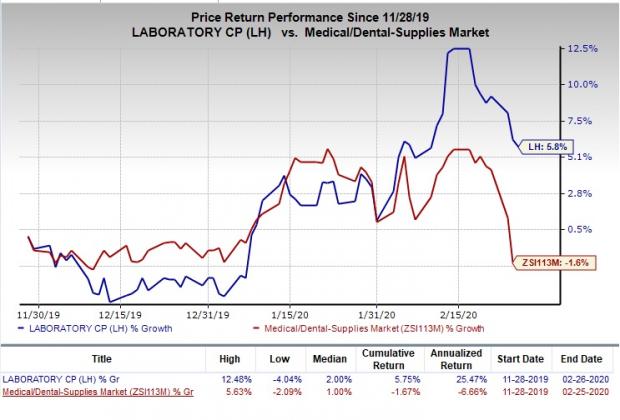 QIAGEN QGEN: This is one of the leading global providers of technologies and products for the separation, purification and handling of DNA/RNA. In late February, following the massive outbreak of novel coronavirus SARS-CoV-2, the company has shipped its latest QIAstat-Dx Respiratory Panel 2019-nCoV test kit to four hospitals in China for evaluation purposes.In November 2019, the company launched QIAseq multimodal panels to strengthen its universal NGS solution portfolio. This is currently the only solution that can be utilized in the extraction and sequencing of DNA variance and RNA fusions as well as in the assessment of gene expression in a single workflow from a single sample. In June, the company launched an Expanded Carrier Screening Panel which is equipped to identify genetic variants, which are likely to be the cause behind more than 200 disease indications.

In the past year, the company’s shares have outperformed the industry. The stock has lost 8.7% compared with the industry’s 8.8% fall.The company’s earnings growth rate over the last five years has been 6.1%. 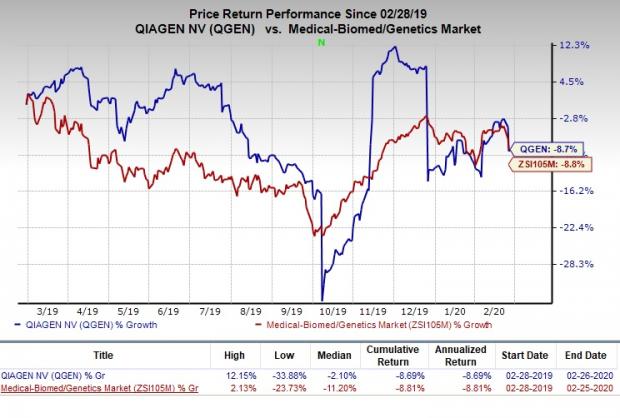 Thermo Fisher: This company has been gaining traction within the genetic testing market through its Ion GeneStudio S5 Series. In February 2020, it launched a NGS-based solution — Ion Torrent CarrierSeq ECS Kit — which aids reproductive health researchers to analyze with more precision a wide array of key genetic markers with an end-to-end workflow. In November 2019, Thermo Fisher introduced the Applied Biosystems SeqStudio Genetic Analyzer for Human Identification, a cost-effective and convenient capillary electrophoresis platform for forensic scientists. It has been developed for small to medium sized forensic DNA analysis.

In the past six months, the company’s shares have outperformed the industry. The stock has rallied 12% compared with the industry’s 5.9% rise. The company’s earnings growth rate over the past five years has been 13.3%. 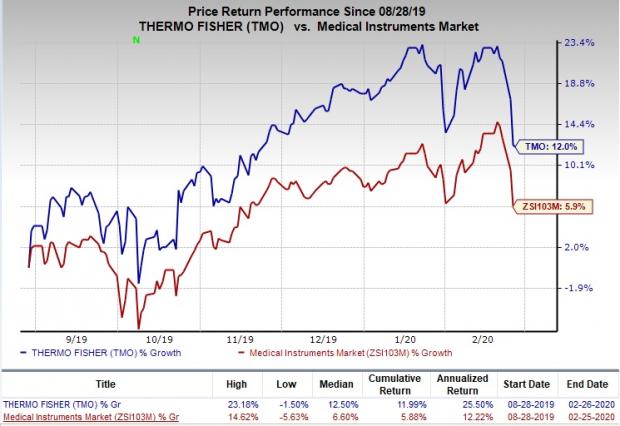 Exact Sciences EXAS: This company is focused on the early detection and prevention of some of the deadliest forms of cancer. Following its acquisition of Genomic Health in November 2019, the company has two of the strongest brands in cancer diagnostics — Cologuard and Oncotype DX.

In the past three months, the company’s shares have outperformed the industry.  The stock has lost 1% compared with the industry’s 2% fall. The company’s expected earnings growth rate for the next five years is 30%. 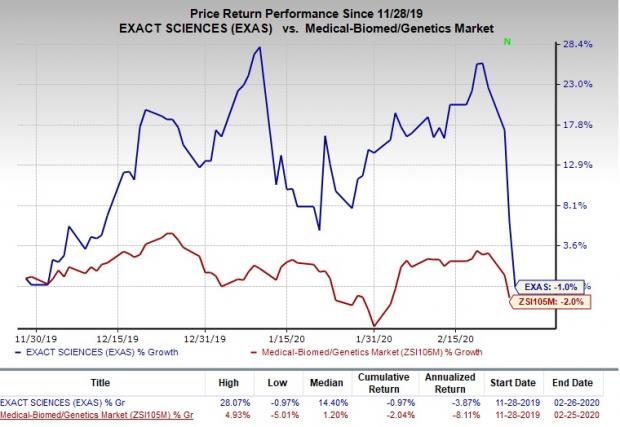