Toyota Motor Corporation TM recently announced plans to invest $400 million into Pony.ai, a self-driving car start-up. This marks the company’s biggest investment in an autonomous driving company based in China. 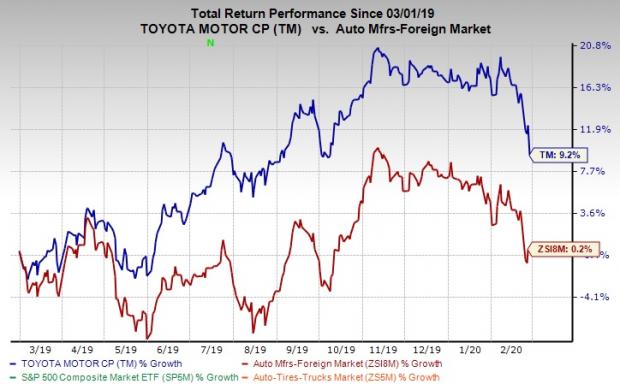 Some better-ranked stocks in the Auto-Tires-Trucks sector are SPX Corporation SPXC and Fox Factory Holding Corp. (FOXF - Free Report) , both carrying a Zacks Rank of 2 (Buy), at present. You can see the complete list of today’s Zacks #1 (Strong Buy) Rank stocks here.