On Feb 28, the Federal Communications Commission (“FCC”) announced its proposal of more than $200 million in fines against four largest national wireless carriers — Verizon Communications Inc. VZ, AT&T Inc. T, T-Mobile US, Inc. (TMUS - Free Report) and Sprint Corp. S — for allegedly failing to protect customers’ location information. T-Mobile has been charged with a penalty of more than $91 million, AT&T with $57 million, Verizon with $48 million and Sprint with $12 million.

The Communications Act requires carriers to safeguard the confidentiality of certain customer data related to the provision of telecommunications service. Apparently, all four carriers sold access to their customers’ location information to aggregators, who then resold access of such information to third-party location-based service providers. FCC Chairman Ajit Pai categorically said that the commission took decisive action to protect American consumers and will not tolerate phone companies putting Americans’ privacy at risk.

The amount of fine is based on the length of time for which each carrier continued to sell access to its customer location information and the number of entities sold such access. Bellevue, WA-based T-Mobile said that it would challenge the fine. The company argued that after it learned its location aggregator program was being abused by bad actor third parties, it took quick action. The other three carriers did not make any comment.

The FCC said that the carriers relied on contract-based assurances that service providers would obtain consent from carriers’ customers before accessing location information. A trade group representing U.S. wireless carriers said in January that upon hearing allegations of misuse of the data, carriers quickly investigated and suspended access to the data and subsequently terminated such programs.

The carriers will get to challenge the proposed fines before they can become final. The parties will be given an opportunity to respond and the Commission will consider their evidence and legal arguments before taking further action to resolve the matter. The Commission may not impose a greater monetary penalty in its final resolution of whether the parties have violated the law than the amount proposed in the Notice of Apparent Liability for Forfeiture and Admonishment. 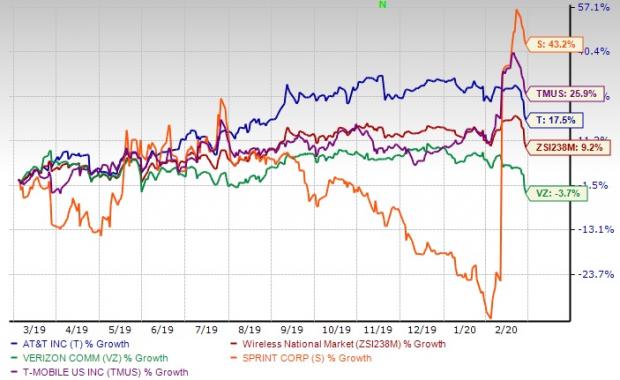 Verizon, AT&T, T-Mobile and Sprint each currently has a Zacks Rank #3 (Hold). You can see the complete list of today’s Zacks #1 Rank (Strong Buy) stocks here.