The company has a four-quarter positive earnings surprise of 40.91%, on average.

In the past six months, shares of the company have returned 6.3% against the industry’s decline of 21.9%. 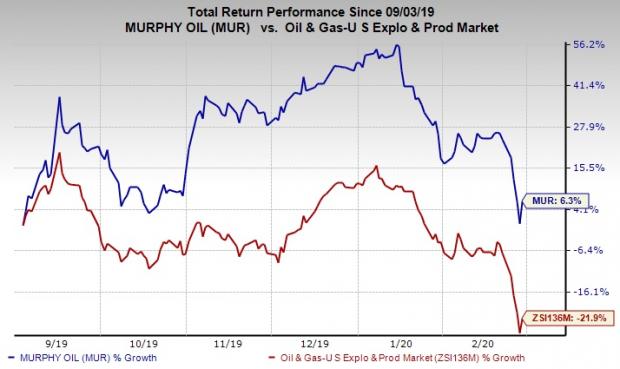 Murphy Oil possesses one of the best upstream portfolios among the domestic oil and natural gas integrated companies as well as independent E&P group. The company is pursuing steady E&P and development activities in the United States and other international locations. Moreover, the company is trying to transform through acquisitions, divestitures and oil-weighted discoveries. Focus on developing high-margin liquid assets is evident from the production mix.

Murphy Oil projects 2020 capital expenditure in the range of $1.4-$1.5 billion and production in the band of 190-202 thousand barrels of oil equivalent per day (MBOEPD). The company expects that in excess of 60% production will comprise oil within 2020-2024 time frame.

Long-term earnings growth of Chevron, Marathon Oil and World Fuel Services is pegged at 6%, 7.80% and 5%, respectively.