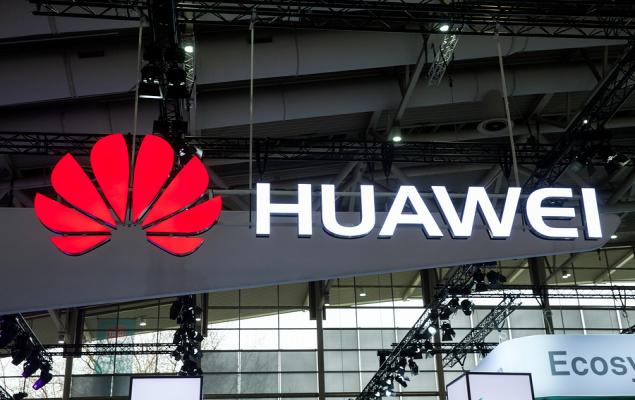 According to a Bloomberg report, China-based telecommunications equipment manufacturer Huawei is gradually finding its feet amid U.S. trade restrictions by ramping up its capabilities and developing various key components on its own. With the self-reliance business model gaining traction, other telecom equipment manufacturers like Nokia Corporation NOK and Ericsson ERIC, which already have their own set of problems, are likely to feel the pinch with the road becoming bumpier.

The United States has long suspected Huawei to be an extension of China’s government due to its close ties of its founder with the military. Moreover, the fact that Huawei products are remarkably cheap owing to the huge subsidies by the government to undercut other 5G equipment manufacturers has perennially evoked a feeling of mistrust. Huawei was also accused of trade secret theft at the behest of R&D team based in China by T-Mobile US, Inc. (TMUS - Free Report) .

This ultimately led the U.S. government to take a hard stance against Huawei. In May 2019, the Trump administration signed an executive order to declare national emergency in order to thwart any attempts of cyber espionage. It effectively barred U.S. firms from either buying or selling any telecom equipment to firms like Huawei that are deemed to pose national security risks. The directive triggered a chain of events by first invoking the International Emergency Economic Powers Act, which bestowed the President with the authority to regulate commerce in view of the national emergency, followed by the enforcement action by the Commerce Department.

After the White House passed the order, the U.S. Commerce Department immediately added Huawei along with 70 of its affiliates to the Entity List – a list of entities that are ineligible to receive any item without government approval. The Federal Communications Commission also formalized a key proposal issued last year to thwart Huawei dominance. With a unanimous 5-0 verdict, the telecom regulatory authority prohibited the use of federal subsidies by small and rural carriers to buy equipment from Huawei and ZTE on national security grounds.

When the Going Gets Tough, the Tough Gets Going

Although the Trump administration has relaxed some restrictions against Huawei, allowing the trade of some non-sensitive components with prior government approval, key computer chips required to develop components that are integral to 5G wireless networks were mostly inaccessible to it. This forced the company to dig deep into its resources and devise a survival strategy that aims to bypass the constraints by focusing more on its individual capabilities.

Huawei is increasingly focusing on its R&D strength to develop base stations that are critical components in the 5G infrastructure. Circumventing U.S. roadblocks, these devices based on proprietary chips are gaining traction and Huawei reportedly managed to sell more than 50,000 units in the fourth quarter. This followed the ramp up of self-developed Kirin processors in its smartphones in the third quarter, with the beleaguered firm fitting more than 74% of all the handsets shipped in the quarter with it.

More Troubles in Store for Rivals?

With Huawei gaining precedence, rivals like Nokia and Ericsson are likely to feel the sting. Although the U.S. government is considering financing these Nordic firms, either through direct funding or through a consortium of private American and allied companies, cheaper alternatives from Huawei are likely to rule the market.

The success of 5G hinges on substantial investments to upgrade infrastructure in the core fiber backhaul network to support anticipated growth in data services. With operators moving toward converged or multi-use network structures, combining voice, video and data communications into a single network, the industry is increasingly developing solutions to support wireline and wireless network convergence. Although these investments will eventually help minimize service delivery costs to support broadband competition, rural coverage and wireless densification, short-term profitability has largely been compromised.

Both Nokia and Ericsson have largely fallen prey to these malaises, facing high 5G product costs and elevated levels of deployment service costs consistent with the initial phase of 5G. Paucity of demand due to geopolitical uncertainty and challenging macroeconomic environment has further dented margins.

The United States has extensively used its diplomatic channels in the past to urge its allies to shun Huawei from their 5G wireless networks, citing security threats and espionage by China’s government. Despite this, Huawei has been able to find its way in various countries across the world by capitalizing on the low-price factor. It appears that the China-based firm is not likely to cede its leading market position without giving a tough fight, posing concerns that rivals cannot probably ignore.