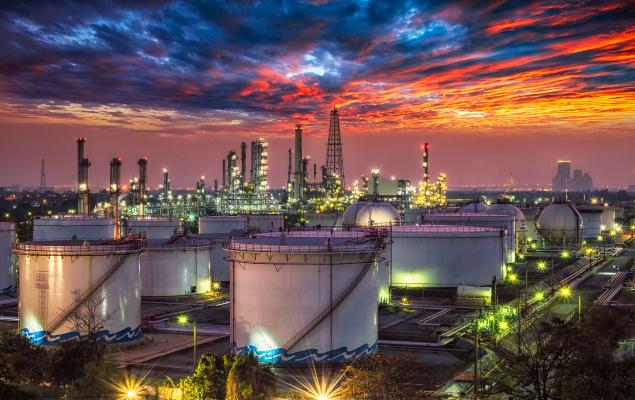 It was a week when oil prices slid below $45 a barrel and natural gas marked its lowest settlement since March 2016.

Overall, it was a miserable week for the sector. West Texas Intermediate (WTI) crude futures tumbled more than 16% to close at $44.76 per barrel, while natural gas prices lost 11.6% for the week to finish at 1.684 per million Btu (MMBtu).

The crude benchmark notched its biggest weekly loss since the financial crash of 2008, as continued panic over the spreading coronavirus (COVID-19) and a global stock sell-off intensified the commodity's freefall.

In the quarter under review, EOG Resources’ total volume rose 11% year over year to 78.2 million barrels of oil equivalent (MMBoe). Lease and Well expenses declined to $334.5 million from $346.4 million a year ago. At the end of the fourth quarter, the company had cash and cash equivalents of roughly $2,028 million and long-term debt of $4,160.9 million. This represents a net debt-to-capitalization ratio of 19.3%.

The company also announced that its board of directors have agreed to increase quarterly dividend by 30% to 37.5 cents per share. The new dividend will likely be paid on Apr 30, to stockholders of record as of Apr 16. (Read more EOG Resources Q4 Earnings Top Estimates, Reserves Grow)

2.   Houston-based oil and gas producer Occidental Petroleum reported fourth-quarter 2019 loss of 30 cents per share, wider than the Zacks Consensus Estimate of a loss of 9 cents. The company had recorded earnings of $1.22 per share in the prior-year quarter. Costs associated with the Anadarko acquisition led to the underperformance.

Occidental’s average daily net oil, liquids and gas production volume — including the acquired Anadarko assets — expanded to 1,402 thousand barrels of oil equivalent per day (Mboe/d) from 700,000 Mboe/d in the prior-year quarter. This improvement in production volume was backed by higher drilling activity and solid output from the Permian Resources region.

As of Dec 31, 2019, the company had a long-term debt (net of current portion) of $38,537 million compared with $10,201 million in the comparable period of 2018. The increase in debt level was due to the loan taken by the company to fund the acquisition of Anadarko. The company has been taking steps to lower debt level. Occidental lowered debt by nearly $2 billion in the fourth quarter. (Read more Occidental Q4 Loss Wider Than Expected, Sales Beat)

3.   U.S. energy firm Apache Corporation reported fourth-quarter 2019 earnings per share — excluding one-time items — of 8 cents. The Zacks Consensus Estimate was of a loss of 4 cents. This outperformance is led by record Permian production. However, the bottom line plunged 74.2% from the year-ago quarter’s earnings of 31 cents due to increased operating expenses.

During the quarter under review, Apache – carrying a Zacks Rank #2 (Buy) – generated $778 million of cash from operating activities while it shelled out $590 million as capital expenditures for positive free cash flow. As of Dec 31, this oil giant had approximately $247 million in cash and cash equivalents. Apache had long-term debt of $8.2 billion, representing a debt-to-capitalization ratio of 71.5%.

In 2020, this U.S. energy firm targets $1.6-$1.9 billion investment in upstream oil and gas capital, which is 26% below the 2019-level at the midpoint. If oil prices decrease from the current rates, Apache is ready to further reduce activity and capital resource. However, at a higher price band, the priority will be to retain cash for debt reduction. The company does not anticipate increasing capex above $1.9 billion. (Read more Apache Q4 Earnings Beat on Higher Permian Production)

4.   Bakken-focused producer Continental Resources CLR reported fourth-quarter 2019 adjusted earnings of 55 cents per share, which beat the Zacks Consensus Estimate of 52 cents. Moreover, the bottom line rose from the year-ago earnings of 54 cents per share. The strong quarterly results can be attributed to rising year-over-year oil and gas production, and higher realized crude price.

In fourth-quarter 2019, total capital expenditure (excluding acquisitions) was $541.3 million, of which nearly 86.4% was used in exploration and development drilling. The company returned a total of $406 million to its shareholders in full-year 2019.

Continental’s 2020 capital spending is expected to be $2.65 billion, flat year over year. It intends to allocate $2.2 billion for drilling and completion activities, of which 60% will be directed toward Bakken while the rest will be devoted to Oklahoma. Notably, $700 million of 2020 capital expenditure is not expected to realize first production until 2021. (Read more Continental Q4 Earnings Top Estimates on Oil Production)

5.   Seabed-to-surface oilfield equipment and services provider TechnipFMC plc FTI reported fourth-quarter 2019 adjusted EPS of 3 cents, falling well short of the Zacks Consensus Estimate of 43 cents. The underperformance can be primarily attributed to lower-than-anticipated profits from the Onshore/Offshore segment – the major contributor to the company’s top and bottom line. Precisely, adjusted EBITDA from the unit totaled $259.7 million, lagging the Zacks Consensus Estimate of $296 million.

However, the bottom line turned around from the year-earlier quarter's adjusted loss of 9 cents on strong contribution from the Surface Technologies segment, whose adjusted EBITDA of $55.9 million beat the Zacks Consensus Estimate of $42 million.

In the fourth quarter, TechnipFMC’s inbound orders fell by 7.1% compared to the year-ago period, to $2.7 billion. But there was considerable improvement in inbound order receipts for the full-year 2019, which surged by 58.8% to $22.7 billion – a signal of improving revenue visibility. The company’s backlog is up too. As of year-end 2019, TechnipFMC’s order backlog stood at $24.3 billion, improving by 66.6% from 2018.(Read more TechnipFMC Q4 Earnings Miss Estimates, Backlog Jumps)

Longer-term, over six months, the sector tracker is down 17.7%. Occidental was the major loser during this period too, experiencing a 22.8% price decline.

With the Q4 earnings season essentially over, market participants will get back to closely tracking the regular releases i.e. the U.S. government statistics on oil and natural gas - one of the few solid indicators that comes out regularly. Energy traders will also be focusing on the Baker Hughes data on rig count, while outcome from the OPEC meeting in Vienna on Thursday and Friday will be of major interest. 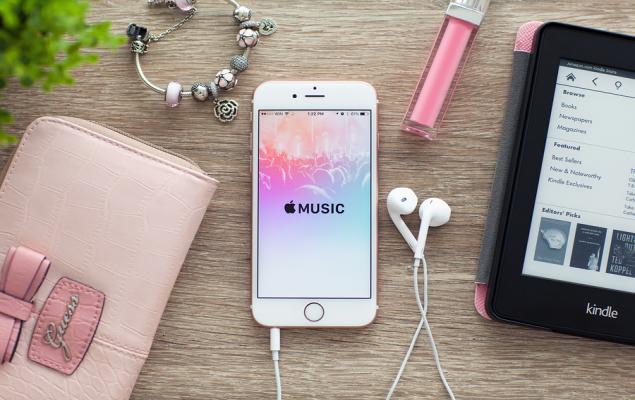