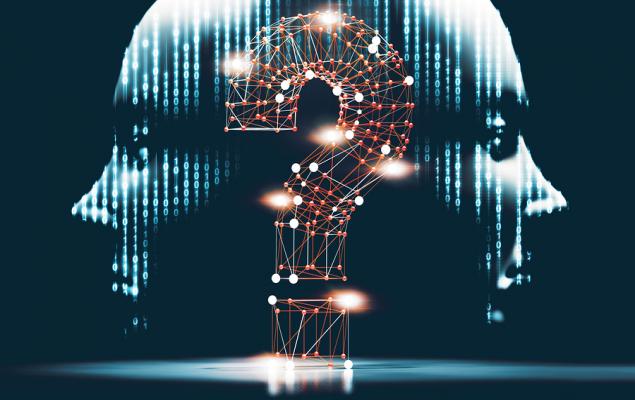 The Fed’s surprise 50 basis point rate cut ahead of its meeting this month was designed to instill confidence in the economy but it did quite the opposite. Investors panicked, thinking the impact of the virus was of a greater magnitude than they imagined. That, along with the news that there are now 9 confirmed deaths of American citizens and a much larger number infected, sent the markets crashing.

But it’s important to remember that a rate cut isn’t about sentiments alone, so it was the right thing to do. Going forward, there should be more measured steps by the Fed, as well as efforts to control disinformation, quarantining and a focus on therapeutics (expected to be available this summer) and vaccines (could be available by year-end) to fight the disease.

Technology companies can really help with controlling disinformation and the dissemination of necessary information, as Facebook (FB - Free Report) is doing with its free ads for the WHO.

Meanwhile, UBS analysts led by Mark Haefele outlined basic strategies to win in this environment, including a focus on emerging market stocks, buying oversold stocks and long-term winners, diversifying the portfolio and improving yield through things like dividend-paying stocks and European bonds that are between investment grade and high yield.

Here are related and other stories-

Microchip Technology and Qorvo joined NXP Semiconductors, Analog Devices ADI, Apple AAPL, Microsoft MSFT and NVIDIA NVDA among others to warn that the coronavirus is having a negative impact on its business, primarily in Asia and especially, China.

Facebook is settling for “locally hosted events, videos and live-streamed content” instead of the “in-person component of F8 this year, in order to prioritize the health and safety of our developer partners, employees and everyone who helps put F8 on.”

Alphabet has announced that its event, scheduled for May 12-13 at the Shoreline Amphitheatre in Mountain View, California will instead be held through digital sessions, as far as possible. It is refunding participants.

The annual Game Developers Conference (GDC) scheduled for March 16-20, has also been postponed after important attendees like Microsoft, Activision, Epic and Unity said they would not attend. The GDC declared, “we’re genuinely upset and disappointed not to be able to host you,” and “we fully intend to host a GDC event later in the summer.”

“We have instituted specific travel restrictions in a few countries including China, South Korea, and Italy,” Apple told employees in a memo. Business-critical visits with prior permission of a vice president are still being allowed. “If you do have travel planned, we suggest you work with your managers to consider delaying or canceling business travel which could be postponed or managed through virtual meetings,” the memo read.

Piper Sandler analyst Harsh Kumar is one analyst who thinks that the dip in share prices is an attractive entry point for Advanced Micro Devices AMD stock. He upgraded the stock to overweight from neutral and lifted his one-year price target from $45 to $56.

The analyst’s optimism clearly stems from the company’s core strengths: “From a product standpoint, we believe AMD is extremely well-positioned in its laptop/desktop and data-center markets, and we see several tailwinds in these markets to provide significant growth over the next several years.” The analyst recognizes that the upcoming investor day could start off with a revision in the near-term outlook. However, he believes that “management will provide solid updated long-term targets.”

Earlier in the week, it was BofA analyst Vivek Arya, who while upholding his Buy rating, raised his price target from $58 to $62.

Sundar Pichai’s ascension to the position of Alphabet (GOOGL - Free Report) CEO is likely bringing some changes in the way the company operates. CFO Ruth Porat was brought in to bring financial discipline and the duo now appear to be working on the next stage, i.e. using resources effectively to bring its more innovative technologies to market.

And when it comes to self-driving technology, or “driver” as the company calls its hardware-software combination, a lot of money is involved.  So rather than banking solely on its own resources, it is tapping external financers like auto parts supplier Magna International, U.S. dealership chain AutoNation, Canada Pension Plan Investment Board, and investment firms Silver Lake, Andreessen Horowitz and Mubadala Investment.

The total amount raised was $2.25 billion, of which AutoNation is the only one to have announced its contribution ($50 million). No valuation was announced, but we can draw an idea from Morgan Stanley’s estimate of $105 billion, which was revised down from $175 billion last September because commercialization was taking longer than expected.

Notably absent are traditional auto makers, who likely remain wary of the way Alphabet dominates smartphones and its alleged anti-competitive practices in relation to that dominance. Although Waymo does have relationships with Fiat Chrysler and Jaguar Land Rover, from which it’s buying cars and with Renault and Nissan in France and Japan to develop the technology, a broader arrangement is still missing, despite its position as the recognized leader in the space.

Of course, what hasn’t happened so far, may happen in the future, as Krafcik indicated that this could be the first of several funding rounds: “It’s always been on the road map for Alphabet as a possibility for some of these ‘Other Bets’ like Waymo to become completely independent, spun-out entities, so it’s certainly a possibility in the future for us.”

Krafcik also suggested the parent company could eventually spin Waymo off into an independent business. “It’s always been on the road map for Alphabet as a possibility for some of these ‘Other Bets’ like Waymo to become completely independent, spun-out entities, so it’s certainly a possibility in the future for us,” the CEO said.

The Waymo Driver platform has driven more than 20 million miles on public roads across over 25 cities, and over 10 billion miles in simulation. It has already shipped its first L4 autonomous vehicles, including EVs and Class 8 trucks. Its current goal for commercialization is through a multi-faceted transportation service through the Waymo One ride hailing service (currently in operation in Phoenix) and the Waymo Via logistics business, which will do both long-haul and last mile deliveries. Alphabet’s Other Bets division of which it’s a part lost $4.8 billion last year on revenues of $659 million.

In December 2017, Apple admitted to issuing a software update that slowed down iPhones. Apple said this was done so that older phones (iPhone 6, 6 Plus, 6s, 6s Plus, 7, 7Plus or SE that ran the iOS 10.2.1 or later operating system and U.S. owners of the iPhone 7 and 7 Plus that ran iOS 11.2 or later before Dec. 21, 2017) didn’t unintentionally shut down because of heating, over-use and other issues.

Apple users said the software update slowed down their phones, leading them to think that the devices needed upgradation or battery replacement, a service Apple charges $79 for. To compensate, Apple said it would replace batteries at $29.

But since the matter went to court, Apple has now settled with the parties and agreed to pay between $310 million and $500 million, including lawyers’ compensation (likely to be $93 million in legal fees and $1.5 million in expenses, according to media reports). A federal judge in California will approve the amount, after which users will get $25 per handset which could move up or down depending on the number of people filing claims and the cost of informing them.

The problem didn’t arise because Apple took a wrong action, but because its action was surreptitious and deceived users into misunderstanding the situation. Apple has said that it hasn’t done anything wrong but was settling in order to avoid the burdens and cost of litigation.

Facebook’s Libra digital currency met so much opposition almost immediately after announcement that the company is now thinking of a redesign.

The original idea was to base the digital coin on stable currencies like the dollar, yen euro, etc as well as debt securities, with its value being adjusted in tandem with the value of those securities. But U.S. regulators couldn’t trust Facebook with even more user information when the social network hasn’t been particularly great on either privacy or security concerns. International regulators also feared the impact that it would have on their banking systems since the proposal would have circumvented banks. So the coin that Facebook initially said would lower rates for international transfers and help serve unbanked populations has likely been shelved.

Facebook is now working to include digital versions of government-backed currencies, along with its proposed Libra currency, which should alleviate some concerns.

NFL has been using Microsoft’s Surface devices and it is now adding Microsoft Teams to facilitate collaboration through Office 365.

"Since 2013, Microsoft has helped transform the NFL through technology around our game," said Renie Anderson, chief revenue officer and executive vice president of NFL Partnerships. "Microsoft Surface has quickly become an authentic tool to the game of football and is vital during all NFL games for coaches, players and NFL Officials. And now by working together to integrate Microsoft Teams across the League, together we aim to improve on communications and collaboration in a modern way."
Microsoft and the NFL will now work together on modern collaboration technology to further empower the League using the new Microsoft Teams platform, which works seamlessly across Windows, iOS and Android devices and draws from chat, calls, meetings, files, facilitating document collaboration and workflow in a single app.