Ria Money recently entered into agreements with Belgian Postal Service group (bpost group) to provide feasible money transfer services as well as with bank99, Austrian Post’s new banking and financial entity. Last month, it even announced the opening of its first store in Singapore, which will enable customers to send funds at competitive foreign exchange rates. Its 5% stake in the international remittance market remains pretty impressive. As of 2019 end, the Money Transfer network reached around 397,000 locations across 160 countries.

Moreover, the company’s EFT segment has also been witnessing solid growth, driven by the company’s steady focus on deploying more devices across the extended markets and its ability to innovate technology for new products at both ATMs and POS terminals for enhancing customer relations. This segment contributed 30% and 32% to 2018’s and 2019’s total revenues owing to higher transactions in Europe as well as the Asia Pacific. The company believes that the enhancement of its outsourced management solutions in the new and the existing markets would steadily offer a significant business opportunity for the segment.

Its epay segment has also been performing excellently on the back of higher transactions, expansion of digital media products and SaaS solutions. In 2019, transactions from this segment grew 27% year over year. The company exited 2019 with around 728,000 POS terminals providing electronic processing of digital media and prepaid mobile airtime top-up services in Europe, the Middle East, the Asia Pacific, the United States and South America.

Solid segmental contribution plus diversity across products and geographies also led to solid top-line growth, which is evident from the company’s 2015-2019 CAGR of 11.6%. With more products and services, and new and exciting geographic options at its disposal, Euronet is well-positioned to continue with these strong growth rates going forward.

Euronet recently delivered fourth-quarter 2019 earnings of $1.63 per share, beating the Zacks Consensus Estimate by 1.2% and also rising 19% year over year on higher revenues and a greater number of transactions.

Other Companies in the Same Space

Investors interested in the same space might also take a look at some other stocks worth considering, such as PRA Group, Inc. (PRAA - Free Report) , Houlihan Lokey, Inc. (HLI - Free Report) and Moody's Corporation (MCO - Free Report) , which beat on earnings in the last reported quarter by 20%, 18.92% and 4.17%, respectively. 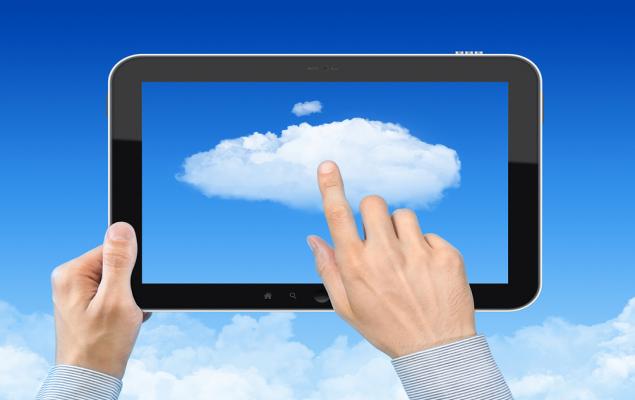 Amdocs Teams Up With Google Cloud to Modernize CSP Operations