Henry Schein, Inc. (HSIC - Free Report) signed a joint venture (“JV”) with Casa Schmidt S.A. (a comprehensive provider of dental solutions for dental professionals in Spain and Portugal) to fulfill the mutual target of providing solutions and technologies to the health care professionals. The newly formed JV, Henry Schein España (where Henry Schein holds the majority ownership) will operate in Spain and Portugal, and will include senior management from both companies.

The deal is expected to close in the second quarter of 2020, subject to the approval of Spain’s National Commission of Markets and Competition. However, the financial terms of the deal have been kept under wraps.

With the JV, Henry Schein aims to strengthen its dental business segment globally. Notably, the dental business is a component of the company’s health care distribution arm. 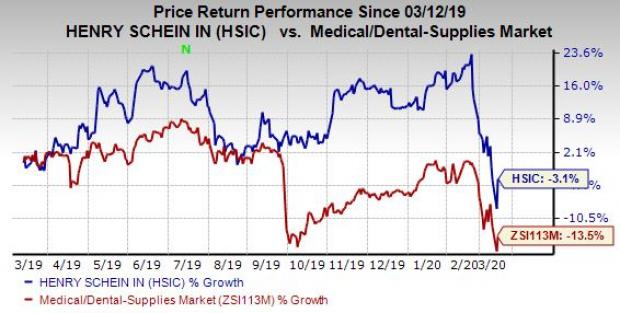 A Peek Into the Deal

Henry Schein España will include product portfolios of both Henry Schein and Casa Schmidt. Notable businesses from Casa Schmidt — including Schmidt Dental Solutions, Servimed and Importación Dental Especialidades — will also be part of the new company.

Per a report by The Business Research Company, the global dental services market reached $436.2 billion in 2018 and is expected to reach $629.3 billion by 2022, witnessing a CAGR of 9.6% during the same period. Factors like increasing oral health awareness and rising elderly population are expected to drive the market.

Given the market potential, the signing of the deal has been timed well.

During the fourth quarter, Henry Schein launched several products within the Henry Schein One portfolio. The company introduced the beta version of its Tech Dentrix to streamline collection procedures, curb mailing costs and boost cash flow.

Shares of Henry Schein have dipped 3.1% in the past year compared with the industry’s 13.5% decline.