The sequential decline resulted from lower equity markets, including an 8.4% decline in the S&P 500 Index.

Total net new assets were an inflow of $4.8 billion in February.

LPL Financial reported $34.2 billion of total client cash sweep balance, up 2.1% from January 2020 and 11% from February 2019. Of the total, $24.8 billion was insured cash and $5.2 billion was deposit cash, while the remaining was money market balance.

Shares of LPL Financial have lost 17.7% over the past year compared with a 19.3% decline recorded by the industry. 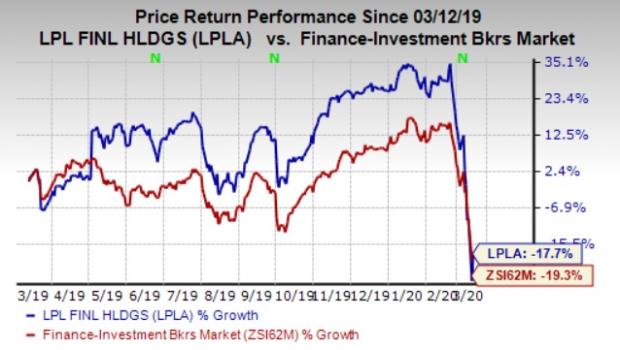 Performance of Other Brokerage Firms

Franklin Resources (BEN - Free Report) reported a fall in preliminary month-end AUM balance. The company’s AUM balance as of Feb 29, 2020, declined 4.6% sequentially to $656.5 billion. The decrease was largely due to sharp market declines.