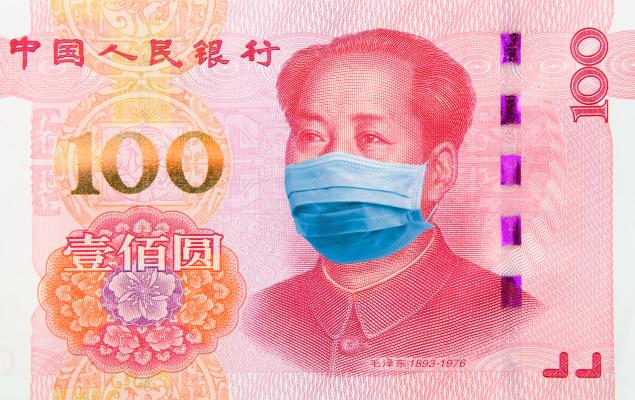 The COVID-19 pandemic is not just endangering lives but is also wrecking havoc on the global economy. Many firms are facing unprecedented challenges and are taking stringent measures to tackle the emergency. Suspension of production, forced leaves/layoffs and cost cutting are becoming commonplace. Despite the best efforts by policymakers, it is getting difficult for companies to stay afloat amid such trying times.

To preserve cash and maintain ample liquidity, various companies are resorting to dividend cuts and suspension of stock buybacks. The latest dividend stalwart to scrap dividend is U.S. auto giant Ford (F - Free Report) . The company has suspended its quarterly dividend of 15 cents per share to shore up its balance sheet as it braces for a period of revenue slump amid the virus mayhem. The Zacks Rank #5 (Strong Sell) carmaker has not specified the tenure of suspension.

Importantly, Ford has been one of the highest-yielding S&P 500 companies, with current dividend yield shooting up to 13%, thanks to its plummeting stock price. While the firm boasts steady payouts and impressive yield, industrial experts had been cautioning investors of a dividend cut, especially in the wake of the virus rampage.  As it is, last September, Ford’s debt rating was downgraded to junk status by Moody’s on worries of a weak financial outlook, as the firm embarks on its $11-billion restructuring program. To add to that, coronavirus concerns have dimmed the earnings and sales prospects of the company. Hence, calling out the dividend payout to save up on cash was inevitable if not prudent.

The automotive industry, which has been already grappling with various challenges including new emission standards, rising costs amid technological shift and robust demand for ride-sharing services, has now lost speed to coronavirus woes.

The virus has been quite a shocker, resulting in shutdown of factories, dealerships with less customer traffic and supply-chain disruption. As COVID-19 is set to roil manufacturing processes globally, it may cause millions or billions of lost production. Weak consumer sentiment is likely to dent sales.  Automakers across the globe are likely to bear significant losses in the near future.

Given the dreary scenario, many companies might be prompted to slash or suspend payouts in a bid to conserve cash. Especially, cyclic companies that depend heavily on sales often resort to such measures to maintain their balance sheet in periods of business weakness. Amid the gloom, high-yielding auto dividend stocks might have to slash their payouts soon.

Dividends of These Auto Giants Under the Microscope

General Motors (GM - Free Report) : While the top U.S. automaker currently displays an attractive dividend yield of around 9%, it is to be seen whether the firm can sustain its payout during tough times. General Motors has been paying dividends every quarter since 2014 and has kept its current 38-cent-a-share payout stable since 2016. As the payout has been mostly covered by profits and cash flow, the effect of the outbreak on General Motors’ business operations may force the firm to slash or suspend its payout.

General Motors has temporarily shut all U.S. factories, at least until Mar 30. As it is, the company has warned of severe headwinds in China, wherein it commands a strong presence. The firm’s adjusted automotive free cash flow totaled $1.1 billion in 2019, representing a fall of 71.1% year over year. On top of that, General Motors aims to make heavy investments in electro mobility, which will further strain its cash flow and margins. With revenues expected to drop massively in the near term, General Motors may resort to cutting its payout in order to keep tough financial conditions from becoming worse.

Harley-Davidson (HOG - Free Report) : Boasting a payout history of 10 years, with a current yield of more than 7%, Harley-Davidson is quite popular among dividend-seeking investors. The American motorcycle company has an acceptable payout ratio and its dividend is well covered by cash flow. However, the corona crisis is likely to deal a huge blow to its prospects. The firm has temporarily suspended majority of production at its U.S. manufacturing facilities until the end of this month.

As it is, Harley-Davidson has been witnessing a decline in earnings and sales. With the drop in youth appeal and motorcycle riders, sales of Harley Davidson’s motorbikes are on the decline, especially in domestic markets. The firm’s U.S. sales declined for the fifth consecutive year in 2019. While the dividends so far have been steady, clouded prospects amid the virus eruption raise doubts on its sustainability. Declining cash flow amid falling net income is a dampener as well. The company’s huge debt burden makes it more vulnerable. Considering the aforementioned challenges, it would not come as a surprise if Harley-Davison cuts or temporarily halts its dividend payout.

Volkswagen (VWAGY - Free Report) : While Volkswagen’s dividend yield of more than 3% is not that high, the firm’s proposal of a dividend hike now seems a little implausible. Late last month, the German auto giant announced a 35% hike in its payout after reporting strong 2019 results. However, with Europe becoming the centre of the virus outbreak, Volkswagen’s earnings and revenues are likely to feel the heat.

The firm is preparing to temporarily close all European plants in the wake of the health hazard. The company has already warned that 2020 will be a tough year amid dwindling sales and supply chain distortion as the COVID-19 outbreak poses serious operational and financial challenges. The sales decline might make it difficult for the firm to generate the funds needed for the technological change to tackle climate crisis. While the carmaker has said it cannot make a reliable forecast for the year given the uncertain milieu, it is likely for the firm to reduce payout or withdraw its proposal of a dividend hike.

Notably, the company’s peers Daimler AG (DDAIF - Free Report) and BMW AG (BAMXF - Free Report) have already slashed dividends. Daimler had cut its dividend in early February in a cost cut attempt to conserve cash to pay for the costly shift to electric cars. Meanwhile, two days back, BMW warned investors that the firm’s sales and profits will drop significantly in wake of the pandemic. Apart from the downward revising of guidance, it also slashed its dividend payout from 3.50 euros per share to 2.50 euros per share.

Several near-term concerns have cropped up owing to the pandemic, including slowing down of the U.S. economy, fewer business activities and supply-chain disruptions. While there is much uncertainty associated with the spread and duration of the contagion, cash is the king for businesses and investors alike, given the rising bets on a recession in 2020. Amid the crisis, many companies may be forced to trim dividends to preserve cash. So, until the fog clears, investors should brace for more dividend cuts or even suspension.