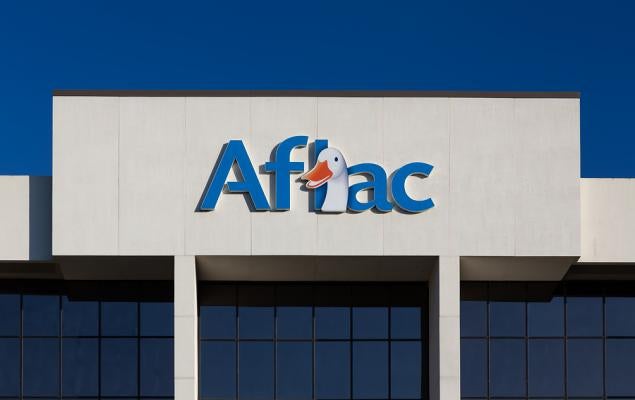 Aflac Incorporated (AFL - Free Report) unveiled that two of its insurance subsidiaries have signed a deal to acquire the Group Benefits business of Zurich North America. Its subsidiaries — American Family Life Assurance Company of Columbus and American Family Life Assurance Company of New York — can also be referred to as Aflac of Columbus and Aflac of New York, respectively.

Subject to customary approval, the deal is anticipated to close in the latter half of 2020. Apart from providing absence management solutions, the Group Benefits Business offers life and disability policies to companies.

Per the agreement, Aflac’s subsidiaries will reinsure Zurich North America’s group life and disability policies in force on an indemnity basis.The deal is likely to fetch premiums of around $115 million annually. Along with an absence management platform to manage the absence of employees, Aflac will also acquire Zurich North America’s assets in a bid to boost its group life and disability business.

Concurrent with this deal, Aflac has also inked a separate agreement with Benefit Harbor LP, which has been the outsourcing platform for Zurich North America’s group life and disability business. This deal is intended to transfer Benefit Harbor’s assets and employees to Aflac for offering specialized services.

Aflac is pursuing buyouts for boosting premiums generated from its U.S. business. Last year, it acquired Argus Dental and Vision, which enabled the company to expand its product portfolio in dental and vision products. In addition to this, Aflac also undertakes several growth initiatives and makes constant investments to strengthen its U.S. business.

We also believe that such initiatives undertaken by Aflac will drive premiums arising from its U.S business, which in turn will boost revenues. This business contributed nearly 30% to the company’s total revenues in 2019. Also, net premium income from this business improved 1.8% year over year in 2019.

However, shares of this Zacks Rank #3 (Hold) accident and health insurer have lost 44.9% in a year’s time compared with the industry’s decline of 46.9%. Nevertheless, we believe that such growth initiatives undertaken by Aflac are likely to drive its shares, going forward. 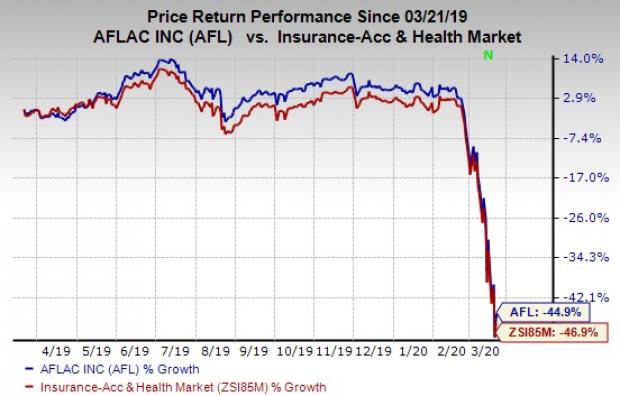 Square Receives FDIC Approval, Aims to Open a Bank By 2021