Nokia’s solution, which combines IP routers with the SDN slicing controller, is the foundation of building a robust 5G transport network that in turn is a key enabler of 5G service delivery. The company’s FP4-based IP routers and multiple vendor platforms will allow the operator to ease integration. The network processor allows service providers and webscale operators to implement IP networks that deliver unparalleled scale, security and functionality without sacrificing performance.

Nokia has been developing its 5G portfolio, strengthening AirScale and further advancing the capabilities of its ReefShark chipset. The company is working with multiple partners to support its ReefShark family of chipsets, which are used in many base station elements. In Mobile Access, it expects the improvement to be driven by increasing shipments of “5G Powered by ReefShark” portfolio, product cost reductions, better commercial management and strong operational performance in services.

On Mar 2, Nokia announced that its board of directors has appointed Pekka Lundmark as president and CEO, to revive the company’s faltering 5G business. He is likely to start his new role on Sep 1, 2020. Rajeev Suri, Nokia’s current president and CEO, will leave his position on Aug 31, 2020, and continue to serve as an advisor to the Nokia Board until Jan 1, 2021.

Nokia’s end-to-end portfolio includes products and services for every part of a network, which are helping operators to enable key 5G capabilities such as network slicing, distributed cloud, and industrial IoT. It facilitates customers to move from an economy-of-scale network operating model to demand-driven operations by offering easy programmability and automation. It is witnessing healthy underlying momentum in its focus areas of software and enterprise, which augurs well for its licensing business.

The company is expanding its business into targeted, high-growth and high-margin vertical markets to address several opportunities beyond its primary markets. It had announced plans to accelerate strategy execution, sharpen customer focus and reduce long-term costs. This, in turn, should help the company to position itself as a global leader in the delivery of end-to-end 5G solutions.

Nokia is focused on its strategy that hinges on four priorities. The first priority is to lead in high-performance end-to-end networks with its communications service provider customers. The second priority is based on its relentless pursuit to expand network sales to select vertical markets. Building a strong standalone software business remains the third strategic priority. The fourth pillar aims to create new business and licensing opportunities in the consumer ecosystem. 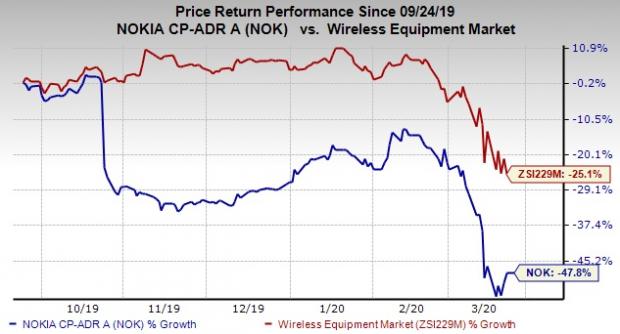 The company topped earnings estimates twice in the trailing four quarters and missed the same in the remaining two quarters, delivering a positive surprise of 87.5%, on average. Shares are currently trading with a forward P/E of 10.15X.

Ubiquiti topped earnings estimates twice in the trailing four quarters, the positive surprise being 5.7%, on average. 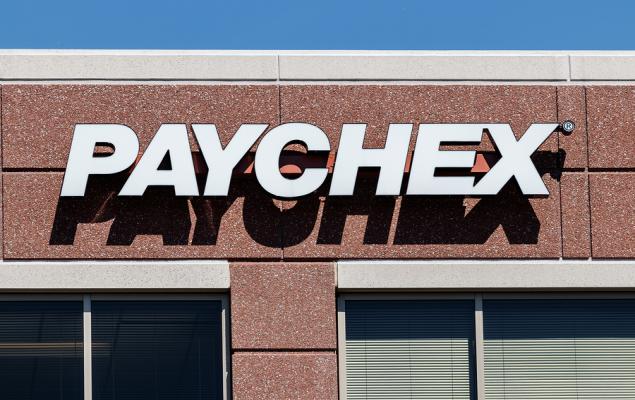 Paychex (PAXY) to Report Q3 Earnings: What's in the Cards?