Valued at $392.4 million, the contract is expected to be completed by July 2023. In addition to the aforementioned missiles, the MS division will also provide a handful of parts like advanced optical target detectors, Block II and II plus guidance units, captive air training missile guidance units, sectionalization kits, containers and some other spares.

Apart from the U.S. Navy and Air Force, the contract will serve the government of a handful of nations, including Australia, Belgium, Bahrain, Bulgaria, Denmark, Finland and a few more. Work related to deal will be executed in different parts of the United States, along with Ottawa in Canada and Heilbronn in Germany.

A Note on AIM-9X Missile

The AIM-9X Sidewinder missile is the most advanced infrared-tracking, short-range, air-to-air and surface-to-air missile in the world. It is configured for easy installation in a wide range of modern aircraft including the F-15, F-16, F/A-18, E/A-18G, F-22 and F-35 fighters. Its latest variant, the AIM-9X Block II missile, adds a redesigned fuse and a digital ignition safety device that enhances ground handling and in-flight safety.

In recent times, missile defense has been steadily playing a pivotal role in a nation’s defense strategy owing to rising geo-political tensions across the globe. With the United States being the largest weapons exporter, Raytheon — a prominent missile maker in the nation — has been clinching frequent awards worldwide with a significant increase in the demand for high-end, combat-proven missiles.

Backed by such frequent contract inflows, the company’s MS business unit is witnessing solid revenue growth. In 2019, this division recorded net sales of $8.72 billion, reflecting a 5% improvement from the year-ago figure. We may expect the latest deal to instill further growth in this segment.

Looking ahead, the global missile defense systems market is projected to exceed more than $534 billion by 2024 at a CAGR of 40% in the 2018-2024 period (as per the latest data released by MarketWatch). This should bode well for Raytheon in the form of contract wins, which, in turn, might bolster its profit margin.

In a year’s time, shares of Raytheon have lost 36% compared with the industry’s 33.2% slump. 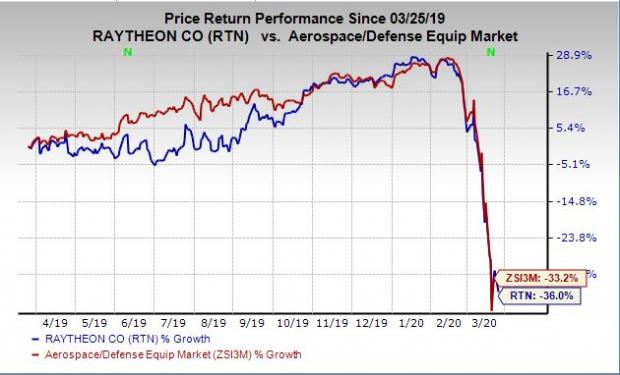 AeroVironment delivered a four-quarter earnings beat of 5.72%, on average. The Zacks Consensus Estimate for this company’s 2020 earnings indicate syear-over-year improvement 1.7%.

Northrop delivered a four-quarter earnings beat of 13.12%, on average. The Zacks Consensus Estimate for this company’s 2020 earnings indicatesyear-over-year improvement 9.4%.

L3Harris delivered a four-quarter earnings beat of 5.28%, on average. The Zacks Consensus Estimate for this company’s 2020 earnings indicates year-over-year improvement 15.2%. 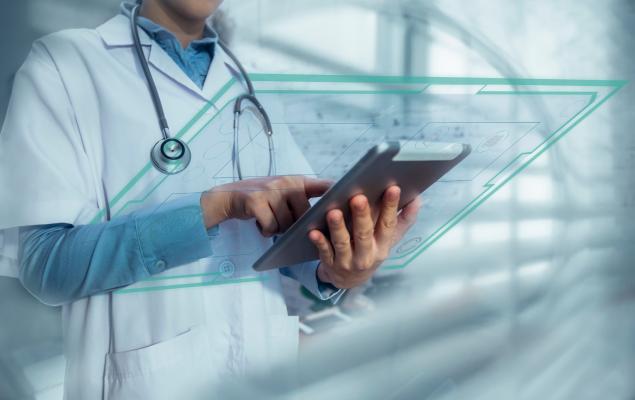