The chairman and chief executive officer of At Home, Lee Bird, stated, "Given the rapidly evolving situation with COVID-19, we have seen a notable slowdown in store traffic over the past two weeks.” Due to uncertainty caused by the pandemic, the company has not yet provided first-quarter and fiscal 2021 guidance.

The company’s adjusted earnings per share of 37 cents declined 21.3% from the year-ago level of 47 cents. The downside was caused by declining comps and margins.

However, comparable-store sales or comps declined 3.1% versus 2.1% increase reported in the prior-year period. The decline was driven by unfavorable customer response with respect to tariff-related strategic price increases.

Gross margin decreased 440 basis points (bps) from the year-ago figure to 28.7%. The downside was caused by product margin contraction associated with incremental markdowns and increased occupancy expenses resulting from the adoption of ASC 842 “Leases”, as well as sale-leaseback transactions in fiscal 2020. Yet, this was partially offset by year-over-year improvement in inventory shrink.

Adjusted selling, general and administrative expenses — as a percentage of net sales — decreased 120 bps year over year (on a recast basis) to 18.6%. The fall was mainly due to a reduction in incentive compensation expense and preopening expenses on a year-over-year basis, partially offset by investments in labor and advertising to support the growth strategies.

Adjusted operating margin contracted 250 bps on a recast basis to 9.6% from the prior-year level owing to the above-mentioned headwinds. Adjusted EBITDA of $61.5 million fell 2.8% year over year.

Net cash provided by operating activities were $105.6 million at the end of fiscal 2020 compared with $86.3 million in the corresponding period of fiscal 2019.

Comps fell 1.7% from the last year, primarily due to a shorter holiday selling season and promotional environment during the fiscal fourth quarter, as well as adverse weather conditions in first-half fiscal 2020. Also, fiscal 2020 comps were negatively impacted by an unfavorable customer response in certain categories due to tariff-related strategic price increases. 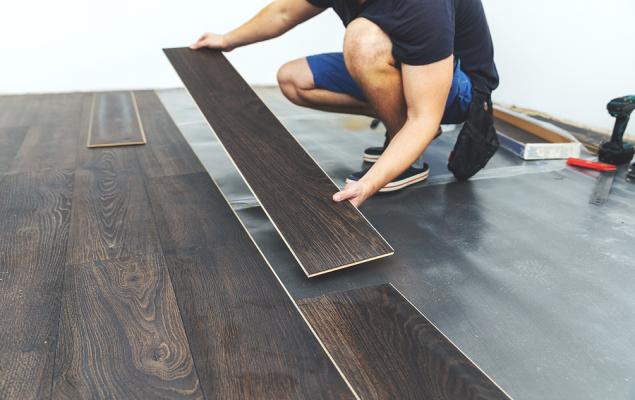