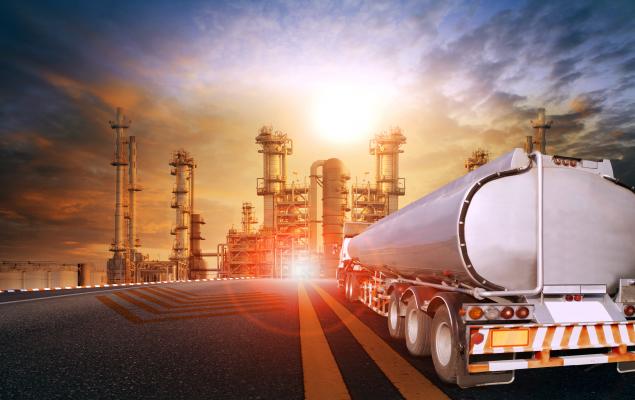 Sunoco intends to decrease operating costs to boost the bottom line during the current market uncertainty. In 2019, the partnership’s total costs and expenses were $16,132 million, marginally lower than the 2018 level of $16,649 million. It intends to reduce general and administrative, and other operating expenses. In 2019, it incurred $136 million in general and administrative expenses, lower than the 2018 level of $141 million. Moreover, it recorded $304 million in other operating expenses last year, lower than $363 million in 2018.

The partnership also intends to maintain liquidity strength during this turbulence period. As of Dec 31, 2019, Sunoco had cash and cash equivalents of only $21 million, and a net long-term debt of $2,898 million. Its debt-to-capitalization ratio was 79.3% as of the same date. As such, it will depend on the $1.5-billion revolving credit facility. Fortunately, it has no debt maturities before 2023.

Some other refining and marketing firms including Phillips 66 (PSX - Free Report) have also made similar moves. Phillips 66 slashed 2020 capital expenditures, and plans to defer and cancel some discretionary projects, as demand for refined products are expected to go down due to the social distancing mandate. Notably, the company’s head of commercial operations, Brian Mandell estimates 20% demand destruction in the United States, while the same for the West Coast region is expected to be 30%, primarily due to longer isolation periods.

Sunoco has lost 55.1% year to date compared with 65% decline of the industry it belongs to. 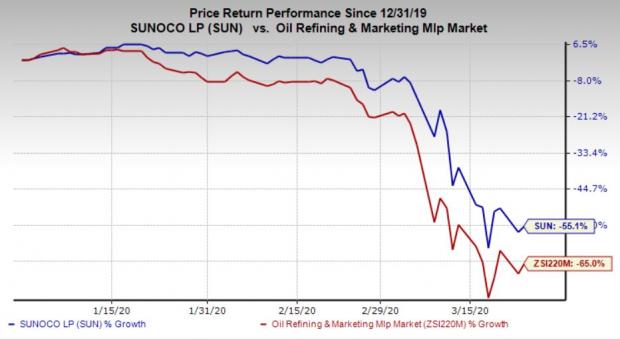 New Fortress’ bottom line for 2020 is expected to rise more than 100% year over year.

Murphy USA’s bottom line for first-quarter 2020 is expected to rise 81.3% year over year.