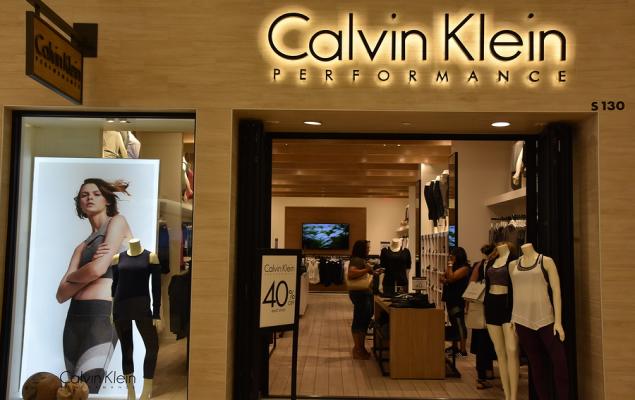 PVH Corporation (PVH - Free Report) is slated to release fourth-quarter fiscal 2019 results on Apr 1. In the last reported quarter, the company delivered a positive earnings surprise of 3.33%. Moreover, its bottom line beat estimates by 5.1%, on average, over the trailing four quarters.

PVH Corp earlier temporarily closed the majority of the Tommy Hilfiger and Calvin Klein stores (company-operated and franchise) in China to help contain the novel coronavirus outbreak. Further, the open stores operated with reduced hours and witnessed lower-than-expected traffic and sales trends. Given this situation, PVH Corp expects its results for the fourth quarter and fiscal 2019 to reflect pronounced impacts of the softness in its China operations.

The company predicts Greater China to contribute nearly 7% to its revenues in fiscal 2019, while the Asia Pacific region is likely to account for 16% of its revenues. Furthermore, the company noted that the outbreak is likely to result in sourcing difficulties as about 20% of its global sourcing is derived from China. This includes nearly 10% of sourcing inbound to the United States. These sourcing difficulties are likely to have hurt the company's top line for the fiscal fourth quarter.

Adjusted earnings are envisioned to be $1.79 and $9.45, respectively, for the fourth quarter and fiscal 2019. The company believes that non-GAAP earnings would have been higher than its provided guidance had the coronavirus outbreak not happened during the last two weeks of its fiscal year.

Additionally, softness at Heritage Brands, owing to a challenging retail landscape, is likely to have persisted. Concerns related to tariffs, currency, competitive and promotional environment are likely to have dented performance in the fiscal fourth quarter.

Nevertheless, the company’s diversified and global business model as well as strength in iconic brands has been catalysts over the years. PVH Corp’s Calvin Klein brand has been receiving positive customer response for the core and basic denim styles within Calvin Klein Jeans. Further, the company’s Tommy Hilfiger brand has been gaining expanding market share for the past few quarters.

Our proven model does not predict an earnings beat for PVH Corp this time around. The combination of a positive Earnings ESP and a Zacks Rank #1 (Strong Buy), 2 (Buy) or 3 (Hold) increases the odds of an earnings beat. But that’s not the case here. You can uncover the best stocks to buy or sell before they’re reported with our Earnings ESP Filter.

PVH Corp has an Earnings ESP of +1.19% but its Zacks Rank #4 (Sell) makes surprise prediction difficult.

Here are some companies that you may want to consider as our model shows that these have the right combination of elements to post an earnings beat:

Fastenal Company (FAST - Free Report) currently has an Earnings ESP of +0.36% and a Zacks Rank #3.