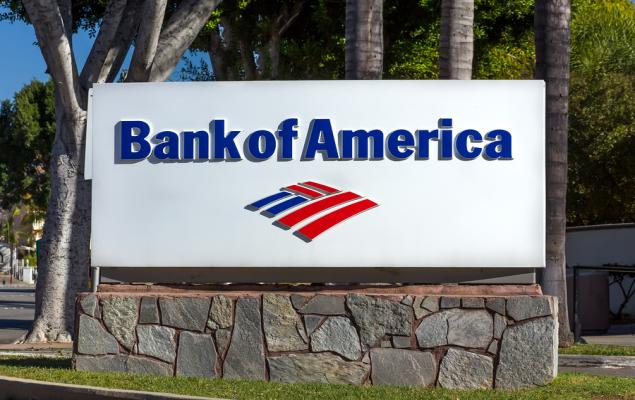 Despite a decline in interest rates to near-zero, Bank of America’s (BAC - Free Report) top line is expected to get support from improved digital offerings and continued loan demand. Moreover, the company’s efforts to open branches in new regions along with prudent cost control are expected to aid profitability.

However, the Zacks Consensus Estimate for BofA’s current-year earnings has been revised 4.3% downward over the past 30 days, reflecting that analysts are not optimistic regarding its earnings growth potential. Thus, the company currently carries a Zacks Rank #3 (Hold). You can see the complete list of today’s Zacks #1 Rank (Strong Buy) stocks here.

Its price performance is also not encouraging. Because of the current global crisis, resulting from the coronavirus outbreak, shares of BofA have lost 40.1% so far this year compared with a 42.3% decline recorded by the industry.

Looking at fundamentals, the company’s net interest income (NII) increased, witnessing a CAGR of 5.6% over the last four years (2016-2019). Moreover, deposit balances witnessed a CAGR of 4.7% over the last three years (ended 2019). Thus, despite the decline in interest rates to near-zero amid the Federal Reserve’s accommodative monetary policy stance; rise in loan demand is expected to favorably impact yields and NII in the quarters ahead to some extent.

Further, BofA’s prudent cost-control efforts are expected to continue supporting bottom-line growth. Its expense-saving plan — Project New BAC (launched in 2011) — helped improve overall efficiency and save as much as $8 billion in operating expenses annually till the end of 2014. Notably, for 2020, management expects expenses in the low $53 billion range.

Also, the company continues to align its banking center network according to customer needs. It has been opening fully automated branches that will feature ATMs and video conferencing facility, allowing customers to communicate with off-site bankers. These initiatives along with the success of Zelle and Erica are expected to enable BofA to improve digital offerings and cross-sell several products, including mortgages, auto loans and credit cards.

Notably, BofA’s efficient capital deployment activities (including dividend payments and share buybacks) reflect a solid balance sheet position and are expected to enhance shareholder value. However, recently, the company announced that in order to provide liquidity to the people affected by the coronavirus outbreak, it is suspending its share buyback program till second-quarter 2020. Of the many companies that have suspended share buybacks currently, some big names are JPMorgan (JPM - Free Report) , Bank of New York Mellon (BK - Free Report) and Citigroup (C - Free Report) .