Why Should You Hold Owl Rock Capital in Your Portfolio?

Owl Rock Capital Corporation (ORCC - Free Report) has been in the investor’s good books on the back of its growing top line and a solid capital position.

For 2019, total investment income of the company was $718 million, up 84.6% from the 2018-end level. This upside can be attributed to a higher investment portfolio.

Its return-on-assets (ROA) reflect growth potential. The company’s trailing 12-month ROA of 6.2% compares favorably with the industry average of 3.3%, reflecting its efficiency in utilizing its shareholders’ funds.

Now let’s see what has been working in the stock’s favor.

It is well-equipped with a strong capital position for effective deployment to make dividend payments and enhance shareholder value. Moreover, its leverage ratio (total debt to equity) stands at 50.8%, much lower than its industry's average of 174.7%. It also came up with a 10b5-1 buyback program. The company’s board approved six consecutive quarterly special dividends, which commenced in the third quarter of 2019 and will run through the fourth quarter of 2020. This mirrors its adequate financial flexibility.

Shares of this Zacks Rank #3 (Hold) have lost 34.8% in a year's time, wider than its industry’s decline of 31.6%. This looks better than the price performance of other companies in the same space, such as, TCG BDC, Inc. (CGBD - Free Report) , On Deck Capital, Inc. (ONDK - Free Report) and FEDNAT HOLDING CO (FNHC - Free Report) , which have lost 63%, 76.2%, 35%, respectively, over the same time frame. You can see the complete list of today’s Zacks #1 Rank (Strong Buy) stocks here. 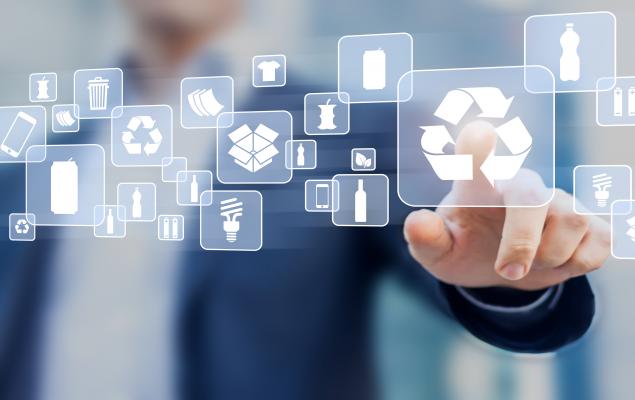 Here's Why You Should Hold on to Waste Management (WM) Now