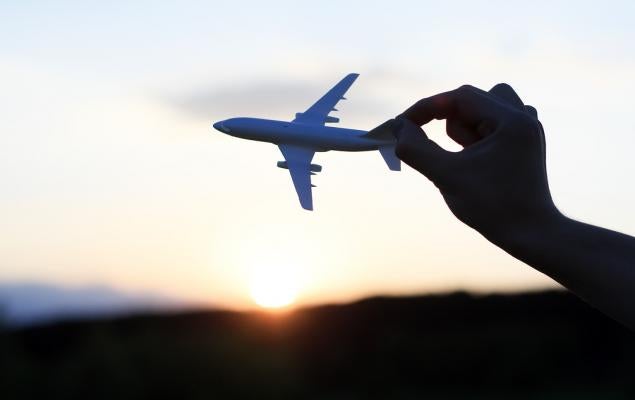 Senate's $58B Bill to Aid U.S. Airliners: Stocks in Focus

As the coronavirus scare continues to mount, nations are now coming up with extensive economic rescue packages for minimizing the adverse impact on their economies that could lead to an imminent financial crisis.

In this context, the U.S. Senate has voted in favor of a $2.2 trillion economic rescue package for dealing with the havoc wreaked by the pandemic. Notably, the rescue package includes a $58 billion financial aid in the form of grants and loans for the U.S. aviation industry, which includes the nation’s ailing airlines.

It is already a well-known fact that ever since coronavirus started spreading rapidly, airline companies all across the world reduced their operations. Now that the spread is at its peak level, international flight bans are prevalent across major parts of the world. This, in turn, has taken a heavy toll on jet operators. The situation in the United States is similar and therefore things look extremely gloomy for the nation’s airline companies.

Observing a steep decline in passenger traffic in the wake of the coronavirus outbreak, major U.S. carriers have now resorted to cutting down on international capacities, as demand continues to collapse. Per a CNBC report, American Airlines (AAL - Free Report) recently revealed its plans to slash 75% of its international flights through May 6 and further ground nearly all its wide-body aircraft.

United Airlines (UAL - Free Report) announced further tapering of its domestic and international schedules. The airline now plans to reduce domestic capacity by 52% in April, resulting in total scheduled capacity cut of 68% for the month, including 90% of its international capacity reduction. Meanwhile, Delta Airlines (DAL - Free Report) plans to reduce its seat capacity by 70% and ground approximately 600 aircraft until demand recovers.

Another U.S. based airline company, Southwest Airlines (LUV - Free Report) has withdrawn its 2020 guidance amid rising coronavirus concerns and also decided to slash around 20% of its capacities until the first week of June.

Notably, shares of these U.S. airline companies have been under pressure amid the pandemic and have significantly plunged on a year-to-date basis. They have also underperformed the S&P 500 composite’s performance. 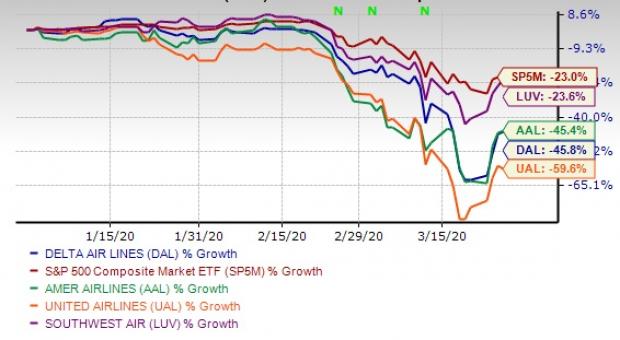 How Will the Relief Bill Aid the Airline Industry?

The $2 trillion economic relief bill will provide passenger airlines with $25 billion in grants and $25 billion in loans, with the remaining $8 billion for cargo carriers. The injection of these funds will be pivotal for airlines in improving dwindling financial structure and for covering employee paychecks amounting in millions. The financial aid comes at the best possible time for the airline companies, which would have by now been forced to opt for federal loans, which are usually expensive in nature.

Further, per a report by Reuters, airline companies will also receive tax benefits on fuel purchases. This, in turn, may bring down passenger fares through a temporary suspension of taxes, which would benefit travelers as well.

Impressively, the announcement of the stimulus bill sent shares of U.S. airlines on a rally.  Evidently, shares of Delta Airline and American Airlines have risen in double digits, whereas that of Southwest Airlines and United Airlines gained in high single-digit since Mar 24 when talks of such a bill were doing the rounds.

However, a lot depends on the U.S. House of Representatives, which is yet to give its nod, without which the bill may not see the light of day. 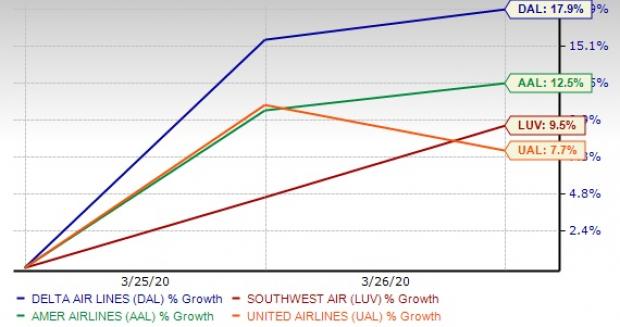 Things You Must Know Ahead of Conagra's (CAG) Q3 Earnings