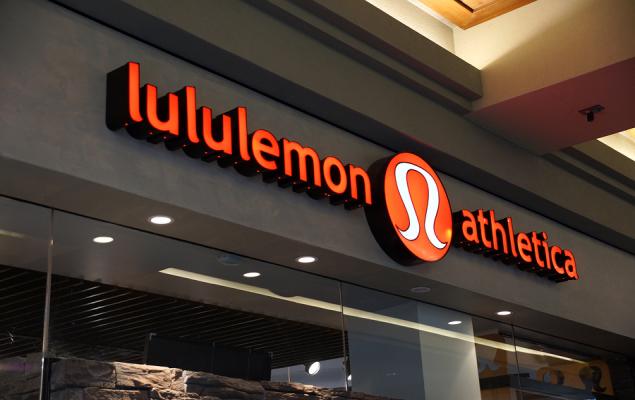 lululemon athletica inc. (LULU - Free Report) retained its positive streak in fourth-quarter fiscal 2019, with sales and earnings surpassing the Zacks Consensus Estimate and improving year over year. Results gained from strong demand before the COVID-19 outbreak along with a solid e-commerce performance.

Despite starting fiscal 2020 on a strong note, management did not issue any guidance due to the unprecedented impact of the coronavirus outbreak, which also led the company to close stores and limit operating hours. It is likely to be negatively impacted by store closures, especially in North America as the region accounts for a major portion of revenues. Also, lululemon’s aggressive efforts related to the men's clothing category and expansion of new products have been disrupted due to the ongoing crisis.

In spite of these headwinds, the company has been witnessing increasing demand for yoga mats and blocks in times of quarantine. Moreover, store closures have led to a rise in social media followers for its popular yoga classes.

lululemon posted earnings of $2.28 per share, beating the Zacks Consensus Estimate of $2.25 and increasing 23.2% from adjusted earnings of $1.85 in the year-ago quarter. The bottom line gained from solid top-line growth along with gross margin expansion.

The Vancouver, Canada-based company’s quarterly revenues advanced about 20% to $1,397.5 million and surpassed the Zacks Consensus Estimate of $1,375 million. Strong execution across all parts of the business along with robust total comparable sales (comps) performance and addition of stores contributed to quarterly sales. Notably, e-commerce contributed $464 million to sales, representing about 33% of total sales.

Gross profit rose 21% to $810.8 million in fourth-quarter fiscal 2019. Moreover, gross margin expanded 70 basis points (bps) to 58% on an 80-bps improvement in the product margin, stemming from a decline in product costs and favorable product mix.

During the fiscal fourth quarter, the company opened 12 net new stores and completed five optimizations. As of Feb 2, 2020, it operated 491 stores.

Given the COVID-19 crisis, the company had temporarily closed all retail stores in China in February, all of which, except one, have recently reopened. Moreover, in March, all retail stores in North America, Europe, Malaysia, New Zealand along with a distribution center in Sumner, WA, have been shut down. Meanwhile, all stores in Australia remain open for limited hours.

As of Feb 2, 2020, cash from operating activities was $669.3 million. Further, it spent nearly $69 million toward capital expenditure in fourth-quarter fiscal 2019, mainly related to IT and supply-chain investments, and store capital for new locations, relocations and renovations.

During the fiscal fourth quarter, the company bought back 1.6 thousand shares at an average price of $194.10 per share. As of Feb 2, 2020, it had nearly $327 million outstanding under its new $500-million share repurchase plan.

In the past three months, this Zacks Rank #3 (Hold) stock has lost 13% compared with the industry’s 40.8% decline.

Looking for Favorable Stocks? Check These

Is Perion Network (PERI) a Great Stock for Value Investors?