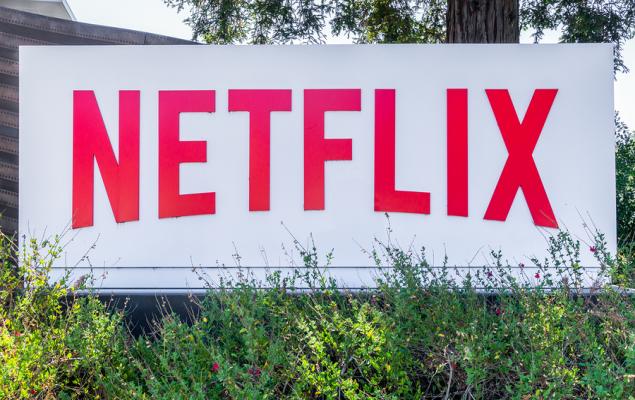 Stocks soared on Monday, with all three major U.S. indexes up over 7% during regular trading. Netflix (NFLX - Free Report) shares jumped 5% as part of their larger 17% climb in 2020, which came as the S&P 500 fell roughly 20% on the back of coronavirus worries.

Now the question is should investors buy Netflix stock, with the streaming TV firm set to report its Q1 fiscal 2020 financial results on April 21?

Many Americans and people around the world have been stuck in their homes for weeks in an attempt to try to flatten the coronavirus curve. There are signs that social distancing is working in the U.S. and elsewhere, which was part of the reason for the market’s big jump Monday.

That said, health officials and the White House have warned that models suggest that the number of coronavirus cases is likely to reach a new high sometime soon. Therefore, most U.S. citizens are likely to remain largely inside until at least the end of the month, if not longer. And even when things start to return to ‘normal’ many might decide to have a movie night at home, instead of going to a theater.

On top of that, sports aren’t likely to return anytime soon, which gives many people even more reason to watch TV shows and movies. This puts Netflix, which is already the world’s largest streaming TV company, in an ideal spot.

Netflix boasts 167 million global users and it beat its own Q4 fiscal 2019 subscriber estimates. The firm clearly faces competition from newcomers such as Disney+ (DIS - Free Report) and Apple TV+ (AAPL - Free Report) . But the cord-cutting revolution might just be getting started. This could mean that people who sign up for Disney+ or the new beefed-up HBO Max (T - Free Report) won’t necessarily dump Netflix, since the content is very different.

Overall, roughly 56 million households will have canceled cable or satellite TV subscriptions by 2023, according to eMarketer. Therefore, many people are likely to have multiple streaming TV subscriptions.

Netflix shares have surged over 40% since late September and are up roughly 17% in 2020. NFLX sat not too far off its 52-week highs at around $380 a share Monday. The nearby chart also helps investors see that the stock has been pretty volatile over the last serval years after an insane run for much of the 2010s.

This could mean NFLX shares are poised to finally break out again. Yet even though Netflix appears tailor-made for the current coronavirus economy, the broader economic uncertainty makes that case much harder to make or project, especially since the stock is already up nearly 30% since mid-March.

Some investors might not favor a P/E ratio for a growth-focused firm like NFLX. That said, it is trading at 6.2X forward sales, which comes in right below its three-year median and just above streaming TV industry peer Roku’s (ROKU - Free Report) 5.9X.

Investors should also note that Netflix has taken on more long-term debt to fund its content push, which is essential to its expansion as it faces a more crowded market. NFLX closed fiscal 2019 with $14.76 billion in long-term debt, up from $10.36 billion in 2018. “Along the way, we’ll continue to use the debt market to finance our investment needs… with our FCF profile improving, this means that over time we’ll be less reliant on public markets and will be able to fund more of our investment needs organically through our growing operating profits,” the firm wrote in its Q4 earnings release. 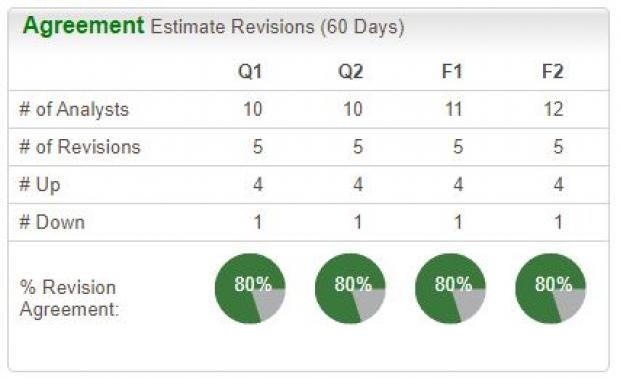 Netflix said last quarter before the coronavirus was a global pandemic that it expected to add 7 million global paid users. This would mark roughly 17% expansion from the year-ago period and see the company close the quarter with over 174 million users.

We can also see that NFLX’s earnings revisions have trended upward, which helps it earn a Zacks Rank #2 (Buy) right now. The company has also crushed our bottom-line estimates in three out of the last four periods.

Once again, Netflix is set to report its Q1 results on April 21. Some might want to take a chance on NFLX as a longer-term bet on the continued growth of streaming TV for years to come. However, Netflix has a history of climbing following earnings if it tops its subscriber estimates, and falling if it misses—which makes it a more difficult near-term bet.