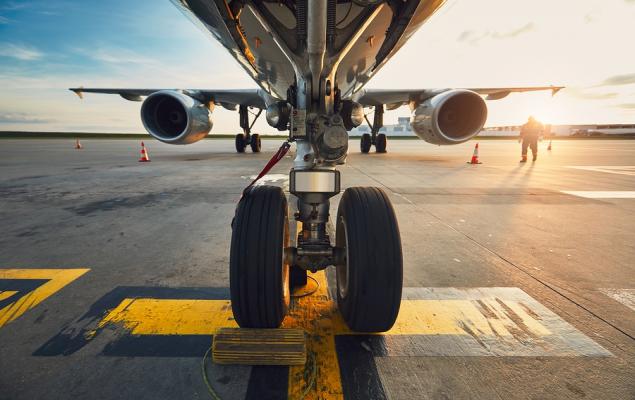 With several companies taking necessary steps to fortify its financial position amid the coronavirus outbreak, Woodward, Inc. (WWD - Free Report) recently decided to put an end to its much-awaited $6.4 billion merger deal with Hexcel Corporation (HXL - Free Report) . Although this all-stock merger of equals initially came as a relief to aircraft component suppliers that suffered setbacks with the halted production of The Boeing Company’s (BA - Free Report) 737 MAX, the latest move showcases the need of the hour to focus on respective businesses and realize benefits from the same, given the pandemic’s deadly effect on the aviation market as a whole.

Per the deal, Hexcel shareholders were initially entitled to own 45% of the combined entity —Woodward Hexcel. Woodward shareholders were supposed to have an ownership stake of 55%. Generating revenues and cost synergies, the tax-exempted merger was specifically planned to upgrade the overall financial health of both the companies with a perfect combination of growth trajectories and scalability in operational activities. Considered to be one of the largest wins in the history of aerospace industry in terms of revenues, the transaction that was expected to close in third-quarter 2020 has now been quashed by COVID-19 pandemic.

With government taking necessary steps to curtail the outbreak of coronavirus, several mergers and agreements have fallen into a state of uncertainty with various companies being forced to reconsider their priorities. This, in turn, has created a pandemonium in the global market. Markedly, cash deals are the ones with greatest risks, as buyers witness a significant drop in company valuation.

Moreover, strict travel restrictions with demand and supply shocks have led to an economic devastation in the commercial aircraft market. Additionally, the aerospace sector has witnessed a major dip in the production of Boeing’s top-selling A320 air crafts. This has forced major airline companies to extend production shutdowns, until further notice. All these factors curb Woodward and Hexcel’s growth prospects in the near term.

The Fort Collins, CO-based manufacturing company is reportedly considering to slash the salaries of CEO and non-CEO officers by 25% and 10%, respectively. With an increased focus to reduce working capital, the company plans to cancel the annual bonus payments for 2020 and limit capital expenditures to essential items with effective workforce management. Notably, Woodward also decided to withdraw its full-year 2020 guidance. The company will reduce its quarterly dividend to 8 cents from 28 cents per share.

Markedly, the control solutions provider for the aerospace and industrial market has been investing significantly in technologies to secure new businesses. Woodward, which generates nearly 15% of its annual sales from Boeing, has been spending on manufacturing units and automation equipment to perk up efficiency as the company intends to accelerate production.

The company is also focusing on diversifying its revenue stream. Its plan to become a systems integrator has increased contract flow substantially, enabling it to capture a larger market share in the wide-body commercial aircraft field. It has also been witnessing strong demand for smart weapons due to global uncertainty, thereby resulting in increased global defense spending.

Shares of Woodward have plunged 35.7% compared with the industry’s decline of 27.6% in the past year. 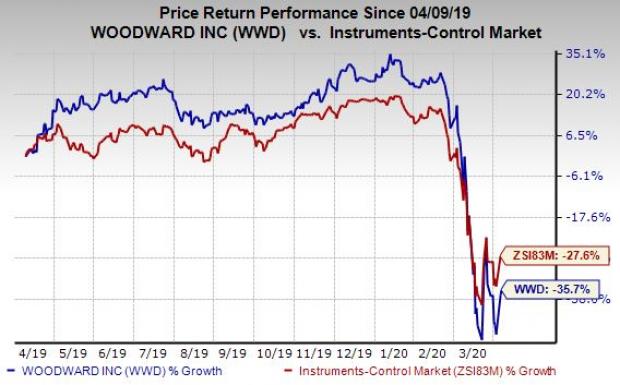 A10 Networks beat estimates twice in the last four quarters. The company has a trailing four-quarter positive earnings surprise of 16.1%, on average.