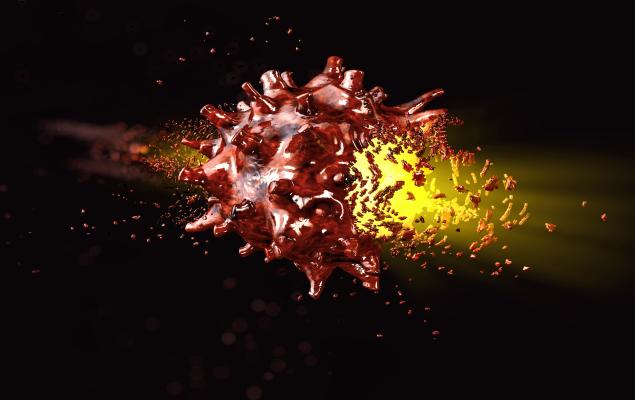 Silver prices have fallen 13.5% so far this year owing to the coronavirus-induced crisis. Notably, silver like gold is considered a safe-haven asset in times of uncertainty. However, silver has significantly declined this year underperforming gold that touched a peak of $1,700 an ounce for the first time in seven years and yielded a year-to-date return of 9.6%. Given that industrial applications account for roughly 60% of the global silver consumption, the slowdown in industrial activity following the virus outbreak dealt a massive blow to the metal.

First detected in Wuhan in December, the coronavirus rapidly took the shape of a pandemic. Per the World Health Organization’s situation report as of Apr 7, 2020, number of infected people across the globe is currently at 1.28 million with the death toll at 72,614. The United States is the worst affected, with 333,811 cases, followed by Spain with 135,032 and Italy with 132,547.

China’s industrial production plunged 13.5% year over year in January-February 2020 — its first drop in industrial output since 1990. This decline can primarily be attributed to business disruption and travel restrictions owing to the outbreak. Silver plays a vital role in the production of solar cells that produce electricity. Notably, China is the largest photovoltaic (PV) silver market globally. The outbreak also impacted car sales in China — the world's largest auto market. With over 36 million ounces of silver utilized annually in motor vehicles, it is bound to take a hit.

In the United States, manufacturing index in March as per the Institute for Supply Management’s latest report was at 49.1% — contracting again after two months of expansion. Contraction was noted in production, new orders, and employment. The manufacturing sector has clearly been impacted by the coronavirus pandemic and energy market volatility.

Silver miners like First Majestic Silver Corp. AG, Pan American Silver Corp. PAAS, Fortuna Silver Mines FSM, Great Panther Silver Limited GPL and Hecla Mining HL are temporarily suspending operations at their mines in Mexico in accordance with Ministry of Health’s Decree to curb the spread of coronavirus. Per the Decree, non-essential businesses (which include mining) have to be temporarily suspended until Apr 30, 2020. Also, with Peru in a state of emergency until April 12 to curb the spread of the virus, Pan American Silver announced that it has suspended operations at its four mines in Peru.

Mexico, which is the world’s largest silver producer, produced 6,300 metric tons of the metal in 2019, accounting for nearly 23% of world production of silver. Peru comes second with a production of 3,800 metric tons of silver in 2019. Thus, the suspension of operations will result in a supply crunch, which will eventually help in propping up silver prices.

While the impact of the coronavirus outbreak remains an overhang currently, demand for silver will rebound once the situation stabilizes. Manufacturing activity is slowly resuming in China as evident from the March PMI reading of 52.0 compared to a record low of 35.7 in February. Notably, PMI readings above 50 indicate expansion, while those below that level signal contraction. Production index is at 54.1 in March compared to the 27.8 in February.

Going forward, demand from the electrical and electronics sector should account for the bulk of gains. Silver utilization in the automotive industry is expected to register impressive growth aided by vehicles’ rising sophistication and electrification. Silver use in 5G-infrastructure and upcoming intelligent electronics is also likely to fuel demand.The ongoing revolution in green technologies, aided by the exponential growth of new energy vehicles and investment in solar photovoltaic energy, will act as a major catalyst. Jewelry demand is expected to grow led by India. In the United States, silver jewelry consumption should remain healthy, courtesy of stronger online sales.

In tandem with lower prices, the Mining - Silver industry declined 26.3% over the past year, while the S&P 500 fell 8.1%. The industry falls under the broader Basic Material sector, which declined 32.7%.

The industry currently carries a Zacks Industry Rank #91, which places it at the top 36% of more than 250 Zacks industries. The group's Zacks Industry Rank, which is the average of the Zacks Rank of all the member stocks, indicates bright prospects in the near term. Our research shows that the top 50% of the Zacks-ranked industries outperforms the bottom 50% by a factor of more than 2 to 1.

We thus believe that the time is right for investors to add some gold stocks to their portfolio.  We have employed the Zacks Screener to pick four top-ranked silver stocks. Our research shows that stocks with the combination of a VGM Score of A or B and a Zacks Rank #1 (Strong Buy) or 2 (Buy) offer good investment opportunities.

Fortuna Silver Mines: Based in Vancouver, Canada, this company has a Zacks Rank #2 and a VGM Score of B. The Zacks Consensus Estimate for 2020 earnings indicates year-over-year growth of 170.6%. The company has a trailing four-quarter positive earnings surprise of 22.9%, on average.

Pan American Silver:The Zacks Consensus Estimate for 2020 earnings of the Vancouver, Canada -based company suggests year-over-year growth of 14.1%. The estimates have also moved up 22% over the past 60 days. This Zacks Ranked #2 stock has a VGM Score of B at present. The company has a trailing four-quarter positive earnings surprise of 103%, on average. The company has a long-term estimated earnings growth rate of 4%.

Great Panther Silver: Based in Vancouver, Canada, the company presently has a Zacks Rank #2 and a VGM Score of B. The Zacks Consensus Estimate for 2020 earnings indicates year-over-year growth of 126%.

Hecla Mining Company: The Zacks Consensus Estimate for fiscal 2020 earnings of this Coeur d'Alene, ID-based company suggests growth of 130.8% over the prior fiscal. The stock has a Zacks Rank #2 and a VGM Score of B. The company has a long-term estimated earnings growth rate of 1%.

Infosys (INFY) to Report Q4 Earnings: What's in the Offing?