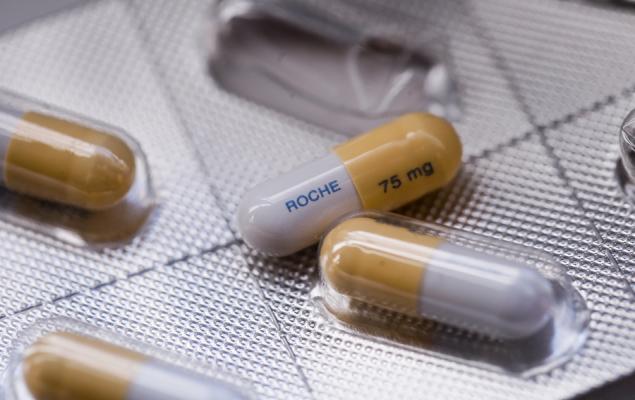 Roche's NDA for SMA Drug Gets Expanded Review From FDA

Read MoreHide Full Article
Roche Holding AG (RHHBY - Free Report) announced that the FDA has extended the review period of its new drug application (NDA) for its investigational agent risdiplam, currently being developed for the treatment of patients with spinal muscular atrophy (SMA). A decision from the regulatory body is now awaited on Aug 24, 2020, which was previously expected on May 24, 2020.

The FDA’s decision to extend its review timeline by three months was based on the recent submission of additional data by Roche including data from part 2 of the pivotal SUNFISH study on risdiplam.

Notably, in November 2019, the FDA accepted the NDA for risdiplam for the treatment of SMA.

The NDA was based on 12-month data from the pivotal FIREFISH and SUNFISH studies, which evaluated risdiplam across a broad patient population suffering type 1, 2 or 3 SMA.

In February 2020, Roche announced one-year data from the part 2 of SUNFISH study evaluating risdiplam in people aged from two to 25 years with type 2 or 3 SMA. The study showed that change from baseline in the primary endpoint of the Motor Function Measure scale (MFM-32) was significantly greater in patients treated with risdiplam compared to placebo.

The additional data submitted by Roche could help a broad range of patients afflicted with SMA to gain access to risdiplam upon potential approval. Given the volume of this additional data, the FDA requires more time for review.

The company plans to submit a marketing authorization application for risdiplam to the European Medicines Agency in mid-2020.

Shares of Roche have lost 1.5% so far this year compared with the industry’s decline of 7.8%. 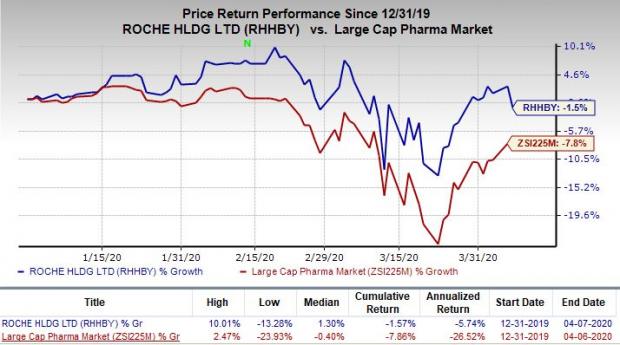 We remind investors that Roche leads the clinical development of risdiplam as part of its collaboration with the SMA Foundation and PTC Therapeutics (PTCT - Free Report) .

Risdiplam is an investigational, orally administered liquid survival motor neuron-2 (SMN-2) splicing modifier for SMA. The drug is being evaluated in a broad clinical trial program comprising from newborn babies to 60-year olds with SMA.

We note that successful development of risdiplam will diversify Roche’s portfolio. However, competition is stiff in the SMA market from the likes of Biogen’s (BIIB - Free Report) Spinraza and Novartis’ (NVS - Free Report) gene therapy, Zolgensma.