Over the past five trading days, telecom stocks witnessed a relatively flat trajectory before scripting a sharp uptrend, pinning hopes on a likely consumer resilience in the domestic market as various states intend to reopen their economies soon. With President Trump proclaiming that the country has passed the ‘coronavirus peak’, some states are expected to resume to normalcy as early as this month. This infused a sense of self-belief and, in turn, triggered an unlikely rally. Moreover, despite short-term headwinds from retail store closures and supply-chain disruptions, the industry appears to be relatively better placed compared to other sectors, owing to a recurring subscription-based business model. The government funding is also likely to offset the decline in average revenue per user as telecom firms waived off late payment fees and data restrictions while offering various free services amid the coronavirus pandemic.

Telecom firms have relentlessly provided the vital lifeline to countless humans as virtual communication has replaced in-person exchanges with social distancing and the work-from-home option in vogue. The firms have worked in unison to effectively handle the upsurge in data traffic, prompting the top administration to remain effusive about their contribution in the hour of crisis. The government is also reportedly utilizing location data from the industry to track active coronavirus patients in order to ensure that they are strictly following the quarantine measures. The data is helping the administration understand the underlying factors behind the spread of the disease to effectively administer precautionary steps.

Meanwhile, the Department of Justice along with other federal agencies has sought the permission of the Federal Communications Commission (FCC) to revoke the license of China Telecom to operate in the United States on national security grounds. The restriction on one of the largest mobile networks and broadband providers in China is the latest bone of contention between the two superpowers as the communist nation continues making investments to gain dominance in 5G. The Trump administration seeks to accelerate 5G deployment as it realizes the benefits of AI, data science and IoT in effectively tracking people affected by COVID-19, delivering medical supplies and developing drugs. It appears that under the given circumstances, it is extremely imperative for the U.S. telecom industry to emerge stronger from the virulent attack — the sooner, the better.

Regarding company-specific news, preliminary results, bankruptcy protection, strategic deal and collaboration for the 5G network primarily took the center stage over the past five trading days.

1.     Knowles Corporation (KN - Free Report) has issued preliminary results for first-quarter 2020. The company expects the coronavirus pandemonium to have a greater impact than it had anticipated before.

The company now expects revenues to be $163 million, which was previously estimated in the range of $160-$190 million. It anticipates a loss per share (from continuing operations) between 12 cents and 16 cents. Non-GAAP earnings are expected in the range of breakeven to 4 cents per share, which was previously projected between 8 cents and 16 cents.

2.      Intelsat S.A. is reportedly seeking the cushion of a bankruptcy loan to sustain operations, as its shares continue a steady downtrend.

The company is currently seeking a loan of about $750 million to facilitate necessary improvements in its spectrum band ahead of the public auction. In addition, the funding will enable it to address the huge debt burden of $14 billion. The company is also exploring other options to improve its liquidity, including a likely swap of debt for equity.

3.     Frontier Communications Corporation has inked a Restructuring Support Agreement (“RSA”) with bondholders to secure adequate funds to reduce its huge debt burden and prop up liquidity to fuel long-term growth. The company has also filed petitions for bankruptcy protection under Chapter 11 of the United States Bankruptcy Code in the Southern District of New York.

Per the RSA, Frontier will reduce its debt by more than $10 billion. The recapitalization plan further intends to offer the flexibility to sustain operations, while continuing to honor the financial obligations of the trade vendors for all goods and services provided before and after the bankruptcy filing. This, in turn, is likely to facilitate the smooth functioning of customer-oriented operations, without disrupting the services.

5.       Ericsson (ERIC - Free Report) has inked a deal for an undisclosed amount to help Nex-Tech Wireless bridge the digital gap for a seamless access to 5G technology.

Nex-Tech Wireless offers high-tech wireless solutions to residents in more than 40 counties of central and western Kansas as well as local coverage to four counties in Colorado. It now aims to strengthen its local presence by fortifying 5G capabilities, as 5G deployment is steadily gaining pace across the country. In particular, Ericsson will offer Nex-Tech Wireless 5G Evolved Packet Core and Radio Access Network, supporting 5G NR Non-standalone in key sites in Kansas. 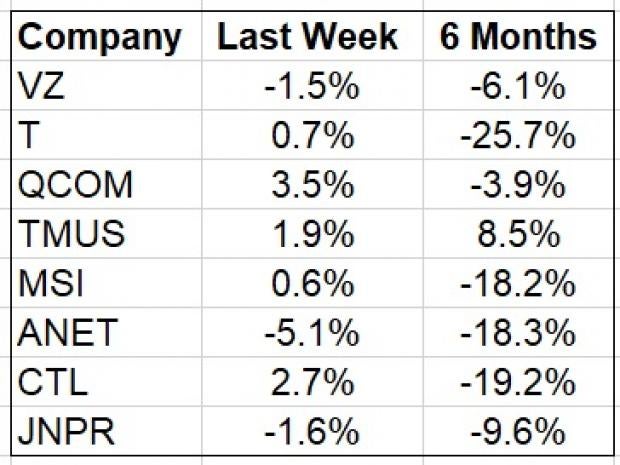 Over the past six months, the Zacks Telecommunications Services industry declined 15.4%, while the S&P 500 recorded an average loss of 5.3%. 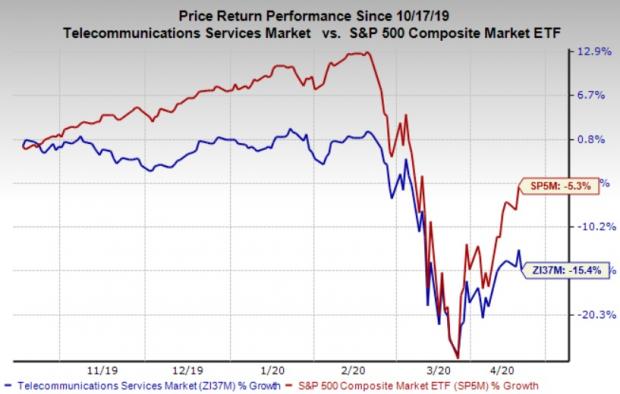 In addition to product launches, deals and 5G deployments, all eyes will remain glued to the upcoming earnings season and how the administration attempts to mitigate the virus’s overall impact on the industry.