Revenues of $126.4 million surpassed the Zacks Consensus Estimate by 2.8%. Notably, the figure advanced 6.2% sequentially but declined 1.6%from the year-ago quarter.

Declining revenues in the industrial and defense market remained a concern. Further, supplier closures especially in Asia owing to the coronavirus-induced shutdown situation were a concern.

Nevertheless, the company witnessed strong growth in the data center and telecom market on a sequential basis, which remained a major positive despite coronavirus-induced economic disruptions.

Further, robust bookings across these two markets owing to solid demand contributed to the results. Also, momentum in demand during the fiscal second quarter, courtesy of supply chain disruptions caused by coronavirus that might lead to shortages in the near term, acted as a tailwind.

Further, MACOM has returned 7.9% on a year-to-date basis against the industry’s decline of 17.5%.

The company is benefiting from several U.S. defense programs that are aiding its performance in the industrial and defense market. Further, expanding data center traffic remains a tailwind. Moreover, MACOM’s high-performance analog components such as TIAs, CDRs and drivers, which are required in 100G deployment, are driving momentum in the data center space. 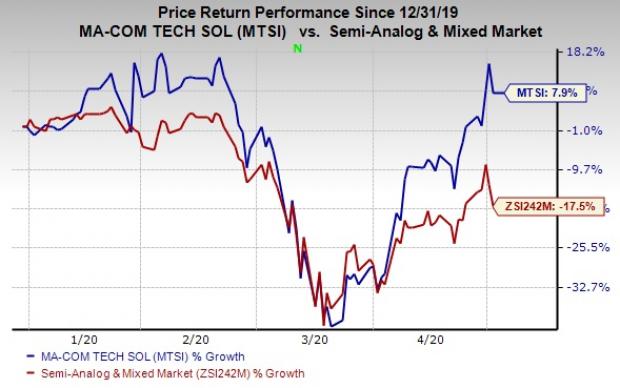 Data Center Market: This market generated revenues of $26.7 million (21% of total revenues), which improved 16% from the prior quarter. The company’s robust 100G, 200G and 400G analog products helped in catering to the rising cloud data center demand during the reported quarter.

Non-GAAP operating expenses came in 39% as a percentage of revenues, which contracted significantly from 49.3% in the prior-year quarter.

Consequently, the company’s non-GAAP operating margin was 15.5%, expanding from 2.2% in the year-ago quarter.

Adjusted EBITDA margin was 21.3%, expanding from 8.1% in the year-ago quarter.

Long-term debt obligations, excluding current portion, were $653.7 million in the fiscal second quarter compared with $654.5 million in the previous quarter.

Cash generated from operations was $25.3 million compared with $37.7 million of cash utilized in operations in the last quarter.

Further, the company’s free cash flow in the reported quarter came in $20.5 million compared with $33.4 million in the prior quarter.

For third-quarter fiscal 2020, MACOM expects revenues between $129 million and $133 million. The Zacks Consensus Estimate for revenues is pegged at $131.2 million.

Further, the company’s adjusted earnings per share is anticipated to lie in a range of 19 cents to 23 cents. The Zacks Consensus Estimate for earnings is pegged at 12 cents per share.

Moreover, non-GAAP gross margin is anticipated to lie within the range of 54-56%.

Long-term earnings growth rate for both Netlist and InterDigital is pegged at 15%, while the same for Pixelworks is 20%. 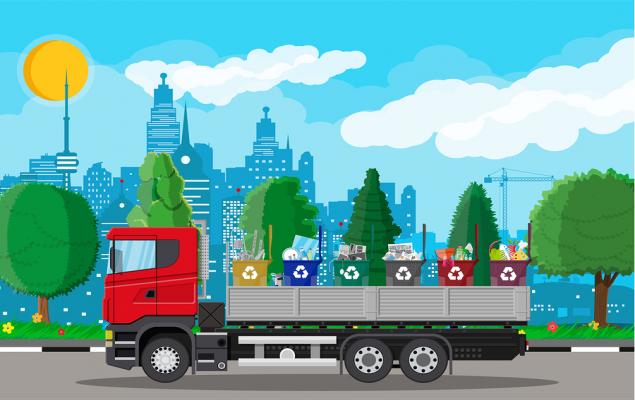