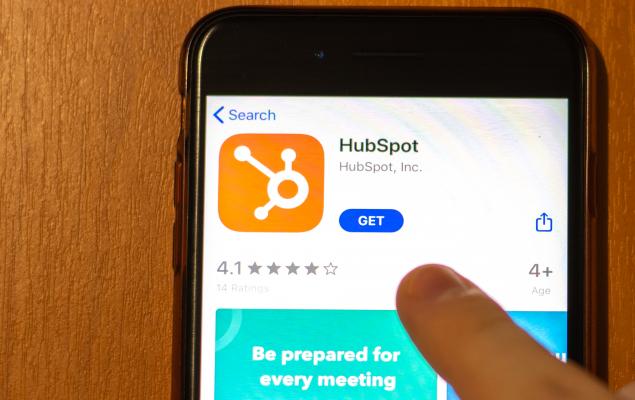 Revenues of $199 million surpassed the Zacks Consensus Estimate of $190 million and improved 31% (33% on a constant currency basis) year over year. The top line was also higher than management’s guided range of $192.5-$193.5 million.

The top line was driven by accelerating Subscription revenues. Further, growing customer base, which surged 30% year over year to 78,776, contributed to the results.

Total average subscription revenue per customer was up 2% year over year to $10,018.

International revenues advanced 41% from the year-ago quarter (up 45% at cc), representing 42% of total revenues in the reported quarter.

Non-GAAP Research and development (R&D) expenses as a percentage of revenues expanded 200 bps year over year to 19%. Non-GAAP General and administrative (G&A) expenses contracted 100 bps to 10% on a year-over-year basis. Meanwhile, non-GAAP Sales and marketing (S&M) expenses expanded 200 bps to 46% from the year-ago quarter.

Non-GAAP operating margin contracted 130 bps on a year-over-year basis to 7.3%.

Cash flow from operations during the reported quarter came in at $23 million compared with $47.9 million reported in the prior quarter.

Free cash flow came in at $7.1 million compared with the prior-quarter figure of $24.4 million.

Management expects non-GAAP operating income in the band of $10.5-$11.5 million.

Moreover, HubSpot anticipates non-GAAP net income per share to be in the range of 23-25 cents. The Zacks Consensus Estimate is currently pegged at 21 cents per share.

For 2020, the company has trimmed guidance citing challenging business environment and macroeconomic headwinds pertaining to COVID-19 induced global crisis. The company now anticipates revenues in the range of $800-$810 million compared with the prior range of $840.5 million to $844.5 million. The mid-point of the range — $805 million — is lower than the current Zacks Consensus Estimate for the second quarter of $806.7 million.

Management expects non-GAAP operating income in the band of $40-$42 million compared with the earlier guided range of $54-$58 million.

HubSpot anticipates non-GAAP net income per share to be in the range of 88-92 cents compared with the previous range of $1.24-$1.32. The Zacks Consensus Estimate is currently pegged at 99 cents per share.

Long-term earnings growth rate for ASE Technology, Twilio and InterDigital is pegged at 26.63%, 26.61% and 15%, respectively.