Alteryx’s (AYX - Free Report) first-quarter 2020 non-GAAP loss of 10 cents per share was wider than the Zacks Consensus Estimate by 25%. The company reported earnings of 4 cents per share in the year-ago quarter.

Alteryx witnessed an abrupt and a significant change in customers’ buying behavior in March due to the coronavirus-triggered rapidly-changing macroeconomic conditions and implementation of shelter-in-place guidelines.

Expansion rates declined in the worst-hit sectors like travel and hospitality, and manufacturing and retail. Alteryx also witnessed a moderately increased churn-rate in Europe.

Alteryx withdrew its previously-provided 2020 guidance due to the macroeconomic uncertainty related to the coronavirus.

Alteryx ended the first quarter with 6,443 customers, up 29.6% year over year. The company added 356 net customers including 12 of the Global 2000 in the reported quarter.

Moreover, the dollar-based net expansion rate (annual contract value based) was 128%, down from 134% achieved in the year-ago quarter.

At the end of the quarter, Alteryx’s annual recurring revenue (ARR) was more than $400 million. The company generates one-third of ARR from 731 Global 2000 customers.

Moreover, a roughly 25% of ARR is generated from the hard-hit sectors like travel and hospitality, and manufacturing and retail. Further, 6% of ARR is from small to medium-sized businesses (SMBs) within these highly impacted verticals.

Asia including Japan exhibited strength during the quarter.

R&D as well as S&M expenses, as a percentage of revenues, soared 550 bps and 930 bps each to 24.1% and 59.9%, respectively. However, G&A expenses declined 360 bps on a year-over-year basis to 22.6%. The increase in expenses was primarily attributable to growth in headcount.

Non-GAAP operating loss was $3.2 million against the year-ago quarter’s operating income of $1.4 million.

Cash provided by operating activities was $20 million compared with $16 million reported in the year-ago quarter.

Remaining performance obligations were $400.4 million, up 87.1% year over year.

For second-quarter 2020, revenues are expected between $91 million and $95 million, indicating a 10-15% rise from the year-ago reported figure.

Management stated that nearly two-thirds of its second-quarter revenues will be recognized from deferred revenues. Moreover, scheduled multiyear billings, roughly 15%, are expected from contract renewals and the remainder will be generated from net new business closed in the quarter.

For the second quarter, operating expenses are expected to decline sequentially.

Non-GAAP loss from operations for the second quarter is expected between $9 million and $13 million.

Non-GAAP loss is anticipated between 12 cents and 18 cents per share in the second quarter.

While Carrier Global and GTT Communications are set to report respective quarterly results on May 8, Arlo will release earnings on May 11. 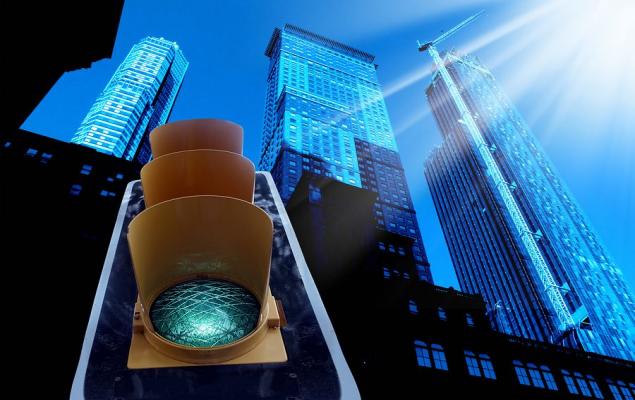