Shares of Puma Biotechnology, Inc. (PBYI - Free Report) were up 12.3% on May 8 after the company announced better-than-expected earnings results for the first quarter of 2020 on the previous day.

In fact the stock has rallied 26.9% so far this year compared with the industry’s increase of 5.2%. 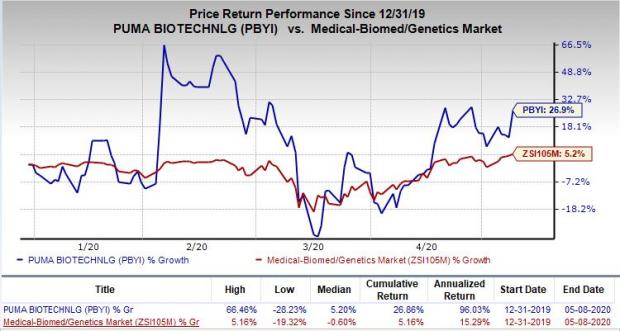 Puma Biotech incurred a loss of 43 cents per share in the first quarter of 2020, significantly narrower than the Zacks Consensus Estimate of a loss of 79 cents but wider than the year-ago loss of 26 cents.

Total operating costs in the quarter were $65.5 million, down 26.5% year over year. Research and development expenses (including stock-based compensation expense) were $25.5 million in the quarter, down 28.5% from the year-ago period. Selling, general and administrative expenses (including stock-based compensation expense) declined 32.1% year over year to $30.9 million.

Meanwhile, last week, Puma Biotech’s licensing partner CANbridge Pharmaceuticals received a marketing approval for Nerlynx in mainland China. Nerlynx is already approved in Argentina, Singapore and Hong Kong where it is marketed by its partners Pint Pharma, Specialised Therapeutics Asia and CANbridge, respectively. Puma Biotech receives royalties from the sales of Nerlynx in those territories.

For the full year, Puma Biotech expects Nerlynx sales in the range of $215-$225 million, unchanged from its previous guidance. Meanwhile, royalties from global partners are expected in the $3-$5 million band, which were earlier expected within $5-$10 million while licensing fees are expected in the bracket of $2.5-$22 million.

Puma Biotech now expects Nerlynx’s net revenues in the range of $48-$50 million for the second quarter of 2020.

Notably, in February 2020, the FDA approved Nerlynx in combination with Roche’s Xeloda to treat third-line HER2-positive metastatic breast cancer, based on data from the phase III NALA study. A decision from the regulatory agency was expected in April this year. Hence, this approval comes almost two months ahead of the scheduled date.

The sNDA was based on data from the phase III NALA study, which assessed the combination of Nerlynx + Xeloda compared to Xeloda plus Novartis’ (NVS - Free Report) Tykerb (lapatinib) for treating patients with HER2-positive metastatic breast cancer, who have failed two or more prior lines of treatment.

The approval to include the NALA study data in Nerlynx’s label should help address a broader breast cancer population, which can drive the drug’s sales higher in the future.

A key analysis of Nerlynx is the phase II SUMMIT basket study for treating solid tumors in patients with activating EGFR, HER2 or HER4 mutated cancers. Puma Biotech plans to report data in the fourth quarter of 2020 from the HER-positive breast and cervical cancer cohort of the SUMMIT study on Nerlynx in patients with HER2 mutations. 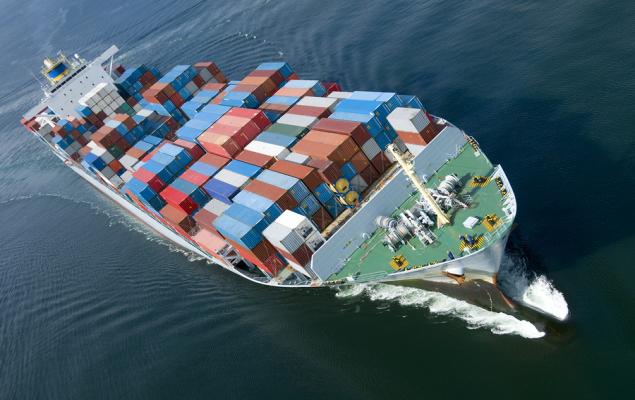