With coronavirus affecting air-travel demand, mainly from March onward, shares of LATAM Airlines were down 44.1% in the March-April time frame compared with its industry’s 37% decline. 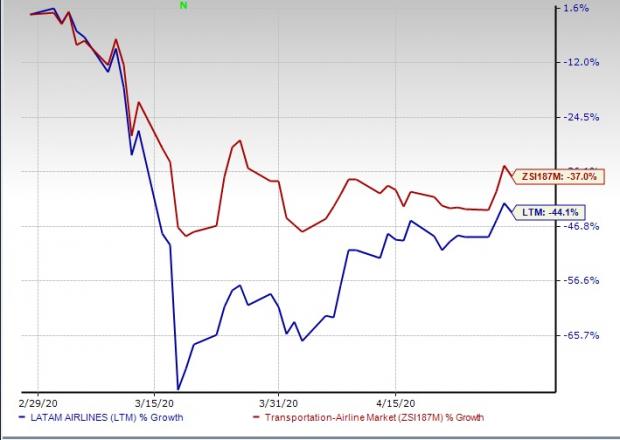