Total revenues of $785 million missed the consensus mark by 2.5% and declined 5.4% year over year on a reported basis. The downfall was due to divestitures that hurt revenues by $38.4 million, and SOP pricing and foreign exchange rates that impacted revenues by $16.4 million and $10.2 million, respectively. Revenues were up 0.5% on an organic basis.

Shares of Stericycle have gained 3.3% over the past year, compared with 20.1% decline of the industry it belongs to. 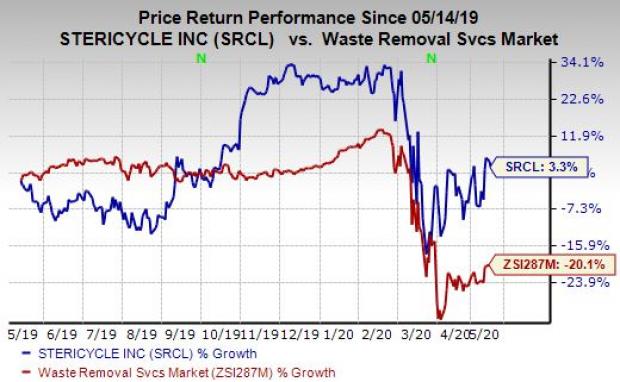 Due to economic uncertainty induced by the COVID-19 pandemic, Stericycle has withdrawn its full year financial guidance.

The company generated $82.1 million of net cash from operating activities and capex was $39.6 million in the quarter. Free cash flow of $42.5 million was generated in the reported quarter.

All the stocks carry a Zacks Rank #3.