NVIDIA (NVDA - Free Report) reported first-quarter fiscal 2021 non-GAAP earnings of $1.80 per share that beat the Zacks Consensus Estimate by 6.5% and surged a whopping 104.5% year over year. However, the bottom line declined 4.8% sequentially.

Adjusted revenues of $3.08 billion beat the consensus mark by 2.8% and surged 38.7% year over year. The top line, however, declined 0.8% sequentially.

Moreover, demand for automobile infotainment system has been negatively impacted. Autonomous development infrastructure builds have also declined. NVIDIA expects the negative impact to continue for the next several quarters.

Nevertheless, work from home, learn at home, and gaming drove a surge in e-tail demand, thereby benefiting NVIDIA, which currently has a Zacks Rank #2 (Buy). You can see the complete list of today’s Zacks #1 Rank stocks here.

Compute & Networking represented 38.1% of first-quarter fiscal 2021 adjusted revenues. The segment comprises Data Center platforms and systems for AI, HPC, and accelerated computing; DRIVE for autonomous vehicles; and Jetson for robotics and other embedded platforms. Mellanox revenues will also be included in this segment beginning second-quarter fiscal 2021.

Compute & Networking revenues jumped 69.2% from the year-ago quarter and 15% sequentially.

Based on market platform, Gaming revenues (43.5% of adjusted revenues) were up 26.9% year over year to $1.34 billion owing to higher sales across the company’s major gaming products.

However, Gaming revenues were down 10.2% sequentially due to seasonally lower sales of GeForce desktop GPUs for gaming.

Per NVIDIA, stay-at-home is driving more than 50% increase in hours played on GeForce platform. The company expanded NVIDIA GeForce NOW during the quarter, which provides access to 650 games, with 1,500 more waiting to get on board. NVIDIA has added 2 million users since going live in February.

Revenues from Data Center (37% of adjusted revenues) soared 80% year over year and 17.9% sequentially to $1.14 billion. Growth was driven by strong demand from hyperscale and vertical industry end customers.

Automotive revenues (5% of adjusted revenues) in the reported quarter totaled $155 million, down 6.6% on a year-over-year basis and 4.9% sequentially, primarily due to lower legacy infotainment revenues.

OEM and Other revenues soared 39.4% year over year but declined 9.2% sequentially to $138 million. The year-over-year growth was primarily due to higher demand for entry-level laptop GPUs from PC OEMs. However, the sequential decrease was primarily attributed to seasonally lower sales of entry-level GPUs for PC OEMs.

During the quarter, NVIDIA launched Minecraft with RDX as an open beta on Windows 10, bringing real-time ray tracing, more realistic materials and DLSS 2.0, the second generation of its deep learning neural network.

Additionally, more than 100 new laptop models powered by NVIDIA GeForce GPUs, were announced in the quarter. The company brought the RTX 2080 SUPER and RTX 2070 SUPER high-end GPUs to laptops for the first time.

For the Data Center end-market, the company introduced NVIDIA A100 data center GPU, the first based on the new NVIDIA Ampere architecture. Moreover, it introduced two products for the NVIDIA EGX Edge AI platform and the EGX Jetson Xavier NX.

The company also launched the NVIDIA DGX A100 - a 5-petaflops AI system that delivers elastic, software-defined data center infrastructure for the most demanding workloads.

Additionally, the company announced the release of NVIDIA Jarvis, a GPU-accelerated application framework that allows companies to use video and speech data to build advanced conversational AI services customized for their own industry, products and customers.

In the first quarter of fiscal 2021, NVIDIA paid dividends of $98 million. The company remains committed to paying its quarterly dividend.

Moreover, NVIDIA is evaluating the timing of resuming share repurchases and will remain nimble based on market conditions. The company is currently authorized to repurchase up to $7.24 billion in shares through December 2022.

Further, on Apr 27, NVIDIA announced the completion of its previously announced acquisition of Mellanox Technologies for a transaction value of $7 billion.

For the second quarter of fiscal 2021, NVIDIA anticipates revenues of $3.65 billion (+/-2%), which includes low-teens percentage contribution from the Mellanox acquisition.

Capital expenditures are expected to be approximately $225 million to $250 million.

For fiscal 2021, non-GAAP operating expenses including Mellanox are expected to be $4.1 billion. 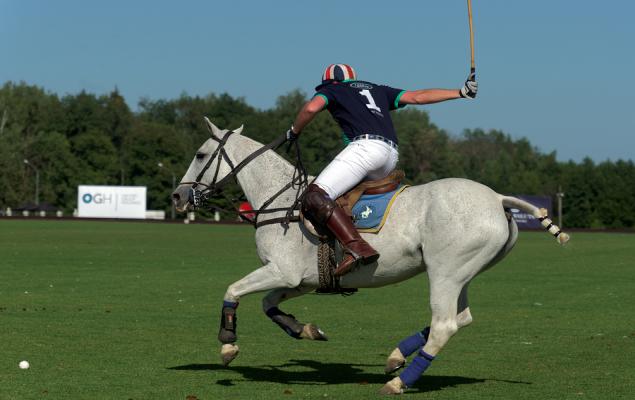