The VIX Is Not Really a "Fear Gauge"

In “Know Your Options” I’ve written repeatedly about implied volatilities in options, generally with the intention of designing trades that allow us to purchase options that are relatively cheap and sell those that are relatively expensive, tipping the odds in our favor.

I guess the world hasn’t been paying enough attention (not you, dear readers, but many others) because I continue to see and hear things in the news that misrepresent what “volatility” means in terms of the actual movement in stocks - or any traded asset - and the market prices of options contracts on those assets.

Specifically, I’d love to put to rest the notion that the CBOE Volatility Index (VIXM - Free Report) is a “fear” gauge. I’d like to think of it instead as a measure of supply and demand for securities that people tend to buy more of when they’re afraid. It can loosely be used as a proxy for “fear,” but the correlation is far from perfect.

The VIX is a measure of the implied volatility of a basket of 30 day options on the S&P 500. It hovered around 12% for several years with a few brief increases, then spiked into the 80% range during the massive turmoil and market selloff in March and has since settled back to around 30%.

To explain how actually movement in the stock(s) translates (or in some cases doesn’t seem to translate) to changes in the implied volatility in options prices, we’ll need to revisit the concept of Option Greeks. Read the original article here>>>

There are hundreds or thousands of options each listed on thousands of stocks, and the normal forces of supply and demand can’t provide the liquidity necessary for orderly markets, so most bids and offers for options in the marketplace are provided by professional market makers.  These market makers are willing to provide two-sided quotes in many options at once in the hopes of earning the bid-ask spread on their transactions.

In the early days of options market-making in the early 1970’s, market makers on the floor of the Chicago Board Options Exchange largely used intuition to determine the prices at which they would buy or sell a given option.

The advent of pricing models made much more sophisticated strategies possible – and also allowed listed options to grow from a niche product to grow into a market that routinely trades tens of millions of contracts per day.

There are many market-making strategies in use today, but in general, the goal of market-makers is to be “delta-neutral” - or have little to no exposure to movements in the underlying stock.

Recall that “delta” is an option price’s sensitivity to movement in the underlying.) Because they were simply seeking to earn part of the spread and don’t have an inherent bullish or bearish opinion about the stock (and in some cases may even be at an informational disadvantage to their counter-parties in this regard), they would prefer to be agnostic about which direction the stock moves.

After making an options trade, a market maker will typically make a trade in the underlying stock in the opposite direction to mitigate risk.  Known as a “hedge”, this involves buying or selling an equivalent number of shares to offset the total delta of the option trade.

If a trader buys 10 calls with a strike price of 100 on a stock that’s trading $100, since at-the-money options have a delta of .50, the trader now has a position delta of 500 – that is, in terms of price, this position will behave as if he is long 500 shares of stock. If he were to then sell 500 shares of stock, the position would be delta-neutral.  For small movements in the stock, all value that the options gained, the stock position would lose and vice-versa.

Notice that this is true only for small movements. Why? because of the second Greek value we discussed – Gamma.  Gamma is the sensitivity of an option’s delta to movements in the underlying.

Let’s assume our option from the above example has gamma of .01, which would mean that for every dollar the underlying moves, the option gains or loses 0.01 delta.  So if this stock were to decline to $90, the 100 strike call would have a delta of only 40.  Since the trader is still short 500 shares of stock, but is now long only 400 deltas worth of options (10 calls * 0.40 delta) if he intends to be delta neutral, he will need to buy 100 shares of stock to balance to position.  Because the original hedge was initiated at a stock price of $100 and the hedge adjustment involves buying back stock at the current market price of $90, this is a profitable trade.

If, later in the day,  the stock were to rally all the way back to $100, the trader would once again need to adjust the hedge since the long calls would again be 50 delta and he would need to sell 100 shares to be once-again delta neutral.

Even though the stock is now in exactly the same place as it started the day, the trader has booked $1000 in profits because he was able to re-hedge the trade at advantageous prices.

The same would be true if the stock rallied to $110 and then turned around and went back to $100, allowing the trader to sell 100 more shares higher and buy them back lower.  Movement in the stock is advantageous to an position that is long options – if they are hedged – regardless of the direction of the movement.

The opposite would be true for a trader with the opposite position (short 10 calls and long 500 shares) who undertook the opposite hedge trades – a loss of $1000.

While owning options gives a trader the opportunity to re-hedge at profitable prices, recall that the third Greek we discussed is Theta – an options sensitivity to the passage of time.  When time passes, the trader’s long options will be worth less, regardless of whether he has made profitable hedge or re-hedge trades.  This effect will accelerate as the option has less time remaining to expiration until ultimately, the option has zero time value and is worth either the amount it is in the money – or worthless.

How does the market arrive at implied volatilities used to price options? There is a supply and demand effect at work, as market makers sell options, they raise implied volatilities (and option prices) to try to either buy them back and be flat again or to sell more only at a higher price.  The opposite occurs when market-makers buy options.

In the above example, if observed volatility were measured daily based on closing prices, the measurement would be zero, because the stock closed on the same price it had closed the day before.  But the intraday volatility was much higher, making profitable re-hedge trades possible.  This would likely keep implied volatility high because it is profitable for market makers to own options.

There’s one thing that’s guaranteed to cause a rise in implied volatilities and that’s a series of forced liquidations. When traders don’t have enough capital to cover their positions, their prime-broker or clearing firm is required to liquidate the positions to cover the shortfall.

In options, it’s almost always traders who are short options who are subject to this forced liquidation – which means buying back those options. So while forced liquidation in stocks tends to send price lower, in options, it’s exactly the opposite – options prices go higher. Just as the case with stocks, this can have a cascade effect - as each liquidation moves the prices more, putting other traders with similar positions in capital deficits, which forces more liquidation, and on and on until all the weak players are flushed out.

Market maker raise their implied volatilities quickly when the blood of forced liquidations is in the proverbial water.

If you were asked to sell an asset that the purchaser was being forced by law to buy from you, would you quote a low price or a high price? High, right?  Me too.

There’s no official required public reporting of these actions – and the firms involved would definitely never voluntary disclose it – but I’m convinced forced liquidation was a major factor in that spike to 80% volatility.

Despite my best efforts, I’m pretty sure you’re going to continue to hear about the “fear gauge” in the news. It gets headlines, but sometimes at the effect of generating (or exacerbating) panic. Don’t be fooled into letting that single number make you afraid, too.

Past performance is no guarantee of future results. Inherent in any investment is the potential for loss.This material is being provided for informational purposes only and nothing herein constitutes investment, legal, accounting or tax advice, or a recommendation to buy, sell or hold a security. No recommendation or advice is being given as to whether any investment is suitable for a particular investor. It should not be assumed that any investments in securities, companies, sectors or markets identified and described were or will be profitable. All information is current as of the date of herein and is subject to change without notice. Any views or opinions expressed may not reflect those of the firm as a whole. Zacks Investment Research does not engage in investment banking, market making or asset management activities of any securities. These returns are from hypothetical portfolios consisting of stocks with Zacks Rank = 1 that were rebalanced monthly with zero transaction costs. These are not the returns of actual portfolios of stocks. The S&P 500 is an unmanaged index. Visit http://www.zacks.com/performancefor information about the performance numbers displayed in this press release. 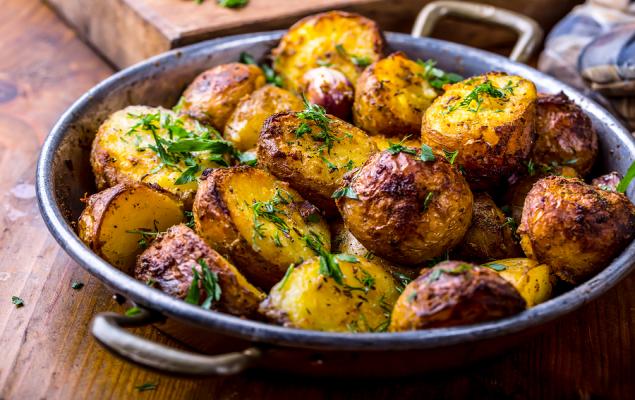