Shares of Ovintiv Inc. (OVV - Free Report) have rallied more than 59% since its first-quarter 2020 earnings announcement on May 7. Although the bottom line came below the Zacks Consensus Estimate, investors welcomed the company’s cost-reduction efforts.

Ovintiv’s total costs were $12.17 per barrels of oil equivalent in the quarter, down 9.4% from the year-earlier quarter. Further, the upstream company expects well costs in its core assets to be 20% lower for the remainder of this year and next compared to the 2019 average.

Ovintiv’s first-quarter 2020 operating earnings of 10 cents per share missed the Zacks Consensus Estimate of 18 cents. This underperformance can be attributed to soft commodity price realizations. Moreover, the reported figure was lower than the year-ago bottom line of 70 cents per share.

However, total revenues of $2.6 billion surpassed the Zacks Consensus Estimate of $1.6 billion and also increased from the year-ago level of $1.2 billion, attributable to expanded production volumes in the Permian and Anadarko Basins.

Recently, the company, formerly known as Encana Corporation, redomiciled in the United States under the new name, Ovintiv Inc. With this transition, shares of the company are now dually traded on Toronto as well as on New York stock exchanges under the ticker symbol OVV.

A few years ago, natural gas accounted for around 95% of Ovintiv’s output. However, the company successfully repositioned its asset base and shifted to the more profitable crude over a couple of years. This is evident from its natural gas output in the quarter under review, which contributed to 45.8% of the total production.

Total first-quarter production (Ovintiv plus Newfield combined) came in at 571,300 barrels of oil equivalent per day (BOE/d) compared with 468,200 BOE/d in the prior-year period. Natural gas production rose 10.4% year over year to 1,569 million cubic feet per day while liquids production surged 33.9% to 309,800 BOE/d. Production growth from the company’s core assets of Permian and Anadarko enabled it to deliver impressive year-over-year results.

Total expenses increased to $1.88 billion from the year-ago figure of $1.46 billion. This rise is primarily attributed to higher depreciation, transportation and impairment costs.

As of Mar 31, Ovintiv had cash and cash equivalents worth $82 million, and long-term debt of more than $7 billion. Its total debt to total capital was 40.7%.

The company generated non-GAAP cash flow of $535 million compared with the year-ago figure of $422 million.

Ovintiv anticipates its 2020 capital expenditure between $1.8 and $1.9 billion.

The company reduced its capex guidance for the second quarter by 60% to the $250-$300 million range, indicating a decline from its prior guidance. Ovintiv opts for dropping two-third of its operated rig fleet this month and plans to operate seven rigs (three Permian, two Anadarko, two Montney) and no frac spreads.

Due to weak commodity prices, the company developed a dynamic shut-in strategy, which is based on variable costs/margins and price factors. 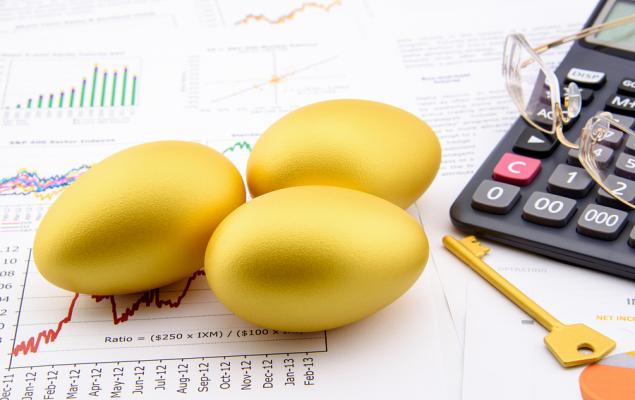 Here's Why You Should Invest in Agnico Eagle (AEM) Stock Now