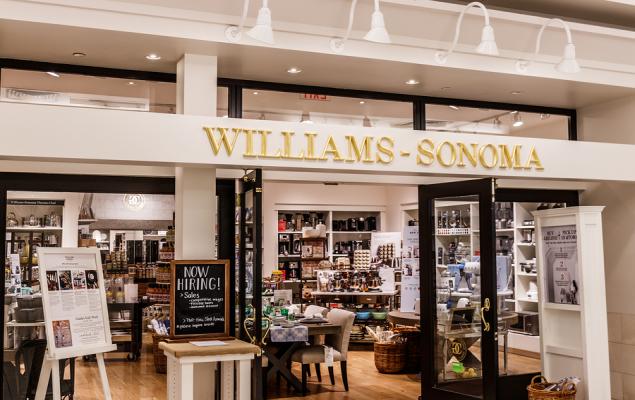 Non-GAAP earnings of 74 cents per share surpassed the Zacks Consensus Estimate of 9 cents by 722.2%. The figure, however, declined 8.6% year over year.

Revenues of $1,235 million beat the consensus mark of $1,079 million by 14.5% but remained almost flat year over year. The better-than-expected revenues were driven by a significant acceleration in e-commerce revenue growth to more than 30%.

Comps increased 2.6% year over year in the fiscal first quarter compared with 7.6% growth in the preceding quarter and 3.5% in the year-ago quarter. Although comps were lower sequentially and on a year-over-year basis, the fact that the company registered comps growth despite having all of its 616 stores closed for more than half of the quarter is encouraging.

Non-GAAP gross margin was 34.5%, down 140 basis points (bps) from first-quarter fiscal 2019. The downside was primarily caused by lower occupancy leverage, higher shipping costs stemming from a greater mix of furniture sales and increased e-commerce sales in the quarter.

Non-GAAP selling, general and administrative expenses accounted for 28.1% of net revenues compared with 28.9% in the year-ago quarter, reflecting an improvement of 80 bps. The upside was driven by advertising leverage owing to gradual shift in advertising spend from catalog to more efficient digital initiatives. The company also generated solid returns from advertising investments due to strength of the multi-channel model. However, non-GAAP operating margin contracted 60 bps to 6.4% in the quarter.

Williams-Sonoma reported cash and cash equivalents of $861 million as of May 3, 2020 compared with $432.2 million on Feb 2, 2020. It further boosted liquidity during the quarter by one-year extension of the $300-million term loan and a new $200-million unsecured revolving facility, which has not yet been drawn upon.

During the fiscal first quarter, the company invested $42 million in the business and returned $39 million to stockholders through dividend payouts.

Given the unpredictablity stemming from the coronavirus outbreak, it decided to temporarily suspend its full-year guidance.

Another top-ranked stock in the same industry is The Lovesac Company (LOVE - Free Report) , which carries the same Zacks Rank as Williams-Sonoma.

Lovesac has a three-five year expected earnings growth rate of 35%.