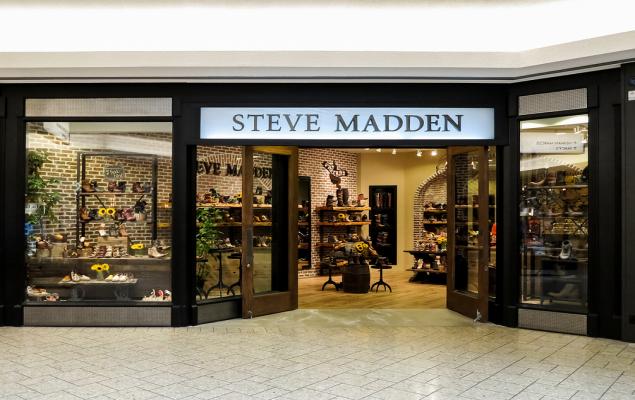 Notably, the company’s revenues and earnings were impressive through the first two months of 2020. Moreover, the company saw positive consumer response to the spring products across its namesake brand. However, in March, business weakened due to the coronavirus outbreak, which hurt the company’s results. Owing to uncertainty arising from the pandemic, management withdrew its revenue and earnings guidance for the year.

Consequently, shares of the company declined roughly 4% during the trading session on May 28. Over the past three months, the stock has plunged roughly 24.4% against the industry’s 6.2% rise.

Steven Madden delivered adjusted earnings of 16 cents a share that lagged the Zacks Consensus Estimate of 19 cents. We note that the bottom line also plummeted 61.9% from 42 cents reported in the year-ago quarter owing to lower revenues and higher operating expenses. While operating expenses rose 2.1% to $119.3 million, cost of sales declined 11.1% in the reported quarter.

Revenues for the Wholesale business fell 13% to $302.7 million, reflecting a drop in wholesale footwear and accessories/apparel revenues. Also, major order cancellations in the back half of March due to COVID-19 hurt performance. We note that wholesale footwear revenues declined 15% to $235.1 million. Wholesale accessories/apparel revenues fell 5.4% to $67.7 million.

Retail revenues plunged 15.8% to $52.9 million owing to the closure of all of its brick-and-mortar stores in the second half of March. However, e-commerce revenues grew mid-teens in the quarter despite a downturn in the e-commerce business over the last three weeks. Notably, the company witnessed mid-single digits growth in revenues through the first two months of the first quarter, on a percentage basis, with low-single digit improvement in comparable store sales.

We note that gross margin in the wholesale business shrunk 200 bps to 32.5%, thanks to the inventory reserves with respect to COVID-19. However, retail gross margin expanded 130 bps to 59.8% owing to gains from the modification of the company's loyalty program, somewhat offset by the pandemic inventory reserves.

Steven Madden, which carries a Zacks Rank #4 (Sell), ended the reported quarter with cash and cash equivalents of $211.1 million, marketable securities of $34.3 million, and shareholders’ equity of $761.2 million, excluding non-controlling interest of $12.4 million.

During the quarter, the company bought back about 878,817 shares for roughly $29.1 million, before the suspension of share repurchases. This includes shares bought via the net settlement of employee stock awards. Management incurred capital expenditures of approximately $3.3 million during the quarter.

Office Depot (ODP - Free Report) has a long-term earnings growth rate of 6.8% and a Zacks Rank #2.