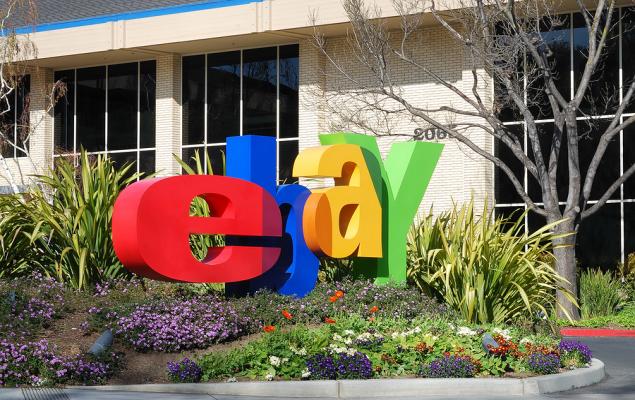 EBay (EBAY - Free Report) lagged the broader e-commerce market for most of the last five years, as Amazon (AMZN - Free Report) and others grabbed the limelight and the sales. But eBay stock has soared nearly 90% since the market’s March 23 lows to crush the Seattle giant and hit new highs.

Before we look at some of eBay’s recent strength, we have to quickly look back. The company officially completed in February its previously announced deal to sell StubHub for $4.05 billion in cash. The e-commerce firm moved on from its live ticket sales business as part of an activist push to focus on its core marketplace space and financial performance in order to better compete in an expanding and booming e-commerce market.

With this in mind, eBay today sells many more new offerings at fixed prices. This should help it compare more favorably to Amazon, as well as Target (TGT - Free Report) , Walmart (WMT - Free Report) , and the countless other retailers that have beefed up their e-commerce offerings.

In late April, eBay topped our first quarter fiscal 2020 earnings and revenue estimates. The company closed the quarter with 174 million global active buyers. Better still, eBay on June 4 updated its second quarter outlook on the back of coronavirus-boosted e-commerce strength.

The company noted that “more sellers are joining eBay through efforts like Up & Running” and that “tens of thousands of small business sellers have been added to the platform.” The company also said that it “now expects full Q2 volume growth rates to land between 23% and 26%.”

The company has earned some solid analyst upgrades in the last week, and its positive earnings revisions activity helps it earn a Zacks Rank #1 (Strong Buy) at the moment. EBay also earns “B” grades for both Value and Growth and an “A” grade for Momentum in our Style Scores system.

Despite trading right near its new 52-week highs of around $50 a share, eBay’s valuation picture remains solid. EBay is trading at 3.4X forward 12-month sales. This marks a discount compared to its highly-ranked industry's 4.1X average and its own three-year highs of 4.6X.

Some investors might want to wait for eBay to cool off. But those with a longer-term outlook might want to take a chance on a resurgent eBay, as part of a broader bet on a booming global e-commerce market.