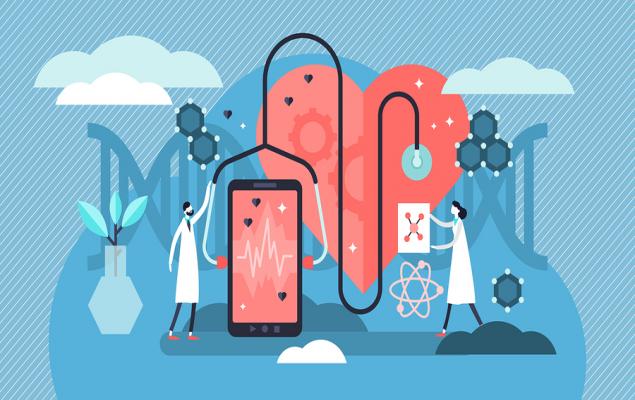 Alpine Skyrockets on License Deal With AbbVie for ALPN-101

Alpine Immune Sciences, Inc. (ALPN - Free Report) announced that it has signed an agreement with Humira’s developer, AbbVie (ABBV - Free Report) , granting to the latter an exclusive option to license worldwide rights to its autoimmune candidate, ALPN-101. The phase II-ready candidate is a first-in-class potent inhibitor of both CD28 and ICOS pathways that likely play critical roles in multiple autoimmune and inflammatory diseases.

Per the terms of the deal, Alpine will receive an upfront payment of $60 million from AbbVie. Alpine will also be eligible to receive up to an aggregate of $805 million for exercise of the option and success-based development, regulatory and commercial milestones. The company is also eligible to receive potential royalties on sales of ALPN-101 upon successful development.

Alpine had ended March quarter with $36.1 million in cash, cash equivalents, restricted cash, and short-term investments, which was estimated to fund the company’s operations for at least the next 12 months. The deal significantly boosts its cash position and also createsa potential for future payments. This will help the company to continue development of all pipeline candidates smoothly.

Shares of Alpine soared nearly 125% on Jun 18, following the deal. In fact, shares of the company have skyrocketed 185.1% so far this year against the industry’s decrease of 6.1%. 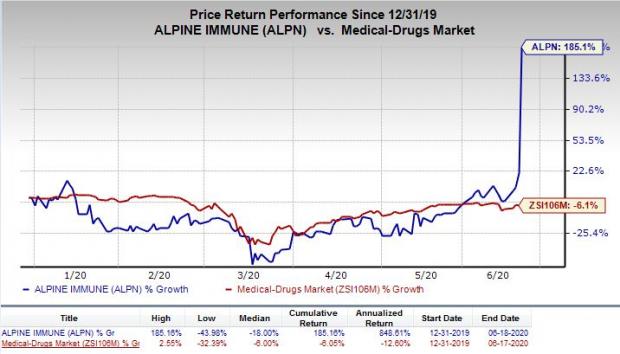 The company is developing ALPN-101 in a phase Ib/II study as a treatment for acute graft versus host disease ("GVHD"). It is an autoimmune disorder,which occurs following allogeneic hematopoietic stem cell transplant whereimmune cells react against donor cells. The candidate enjoys two orphan drug designations each for the prevention of, and for the treatment of, acute GVHD.

The deal gives AbbVie an option to an exclusive license for ALPN-101. Alpine will develop the candidate for treating systemic lupus erythematosus in a phase II study under the terms of the agreement. However, following the exercise of the option, AbbVie will conduct all future clinical development, manufacturing and commercialization activities for the candidate.

Alpine believes AbbVie to be a worthy partner for developing ALPN-101 as AbbVie has long-standing success in the field of autoimmune and inflammatory disorders. The company’s expertise has made Humira one of the most successful drugs in the history, generating tens of billions of dollars annually.

A few other companies are also developing drugs for treating or preventing acute GVHD, which include Novartis (NVS - Free Report) and Incyte Corporation (INCY - Free Report) who are evaluating Jakafi for the disease.