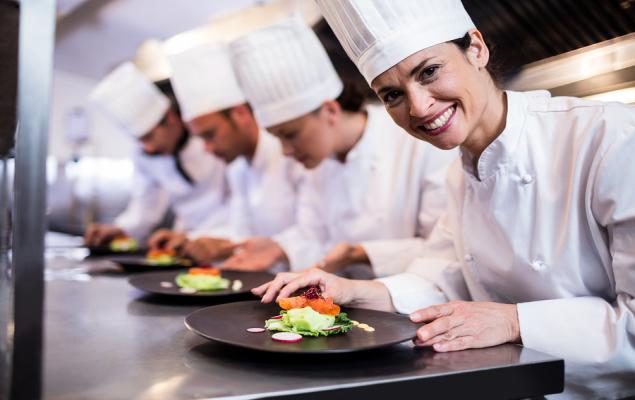 These Restaurant Stocks Are Too Good To Pass Up

Restaurant stocks have been battered by the pandemic, as work from home and shelter in place orders compounded by safety concerns took a toll on them. Those particularly hard-hit were the really small outfits that didn’t have a system of online ordering and other digital presence, those that didn’t have a differentiated product line or sufficient loyalty programs, those that were prone to supply chain disruptions or were deficient in delivery channels and kiosks/carryout. These are the main factors driving restaurant stocks right now.

Customer preferences in post-crisis China may be indicative of how things are going to be in the U.S. as well. Accordingly, a McKinsey report from April says that sentiment surveys put in-restaurant dining in the least preferred category (as may be expected), down 41% as a result of the pandemic with only a 25% recovery thereafter. Takeout follows with a 29% decline followed by a quick 28% recovery thereafter.

Food delivery is a definite winner, dropping 20% only to come out 32% stronger. Grocery stores gain from the whole thing with ready-made foods dropping 12% initially to come back 27% stronger and other items dropping 3% initially only to grow 33% thereafter.

According to a June 2020 story in qsrmagazine, contactless carryout is a growing trend in the U.S. Two factors are driving this phenomenon in the pandemic/post-pandemic world: the first being the inability to see how the food was prepared and packaged when it’s delivered to your doorstep and the second being the growing awareness of just how much aggregators charge for the service. With most people paying more attention to finances during the pandemic, people don’t want to pay more.

The story quotes a Dragontail report, according to which, 70% of customers had more food delivered during the pandemic, but 70% of the group using aggregator apps more said that they’d prefer a contactless carryout option. The bottom line seems to be that both these options are likely to stick long after the pandemic is gone.

On the supply side, one factor that impacted restaurants was the availability of meat because meat producers like Tyson (TSN - Free Report) were badly hit by the virus, leading to shutdowns. So restaurants like Wendy's (WEN - Free Report) , which use fresh rather than frozen meat, were impacted more than others.

The USDA National Agricultural Statistics estimates that there was a 20% reduction in beef production in April 2020 from April 2019, a 10% reduction in pork production, a 9% reduction in turkey production, with chicken meat production remaining about unchanged. This of course also impacted prices, with whole fresh chickens appreciating the most, followed by pork chops, chicken boneless breasts, round steak, ground beef and chicken legs in that order. The USDA says that the disruption was temporary and prices of eggs, as well as many cuts of beef and pork are stabilizing.

But this likely prompted restaurant chains to add/promote their chicken dishes.

The Retail-restaurants industry is ranked 60 by Zacks out of a 250+ total, which places it in the top 24% of Zacks ranked-industries. Historically, it has been proved that the top half beats the bottom half by a factor of more than 2 to 1.

The company had several advantages going into the crisis, with approximately 45% of business historically conducted through drive-in windows, 30% through takeout and 3% through delivery partners GrubHub, DoorDash and Uber Eats. So the in-restaurant dining segment was around 22%. When the pandemic forced more people to work and eat at home, drive-in windows jumped to 70% and delivery jumped to 9% of sales. So nothing was really lost.

Ecommerce sales are soaring and its loyalty program is also doing well.

Since orders are now coming from home, they are typically larger in size to accommodate all family members. So in addition to regular family meals, it introduced a weekend pack for loyal customers that generated significant incremental sales.

It also threw in $5 fire-grilled combos to tap value-seeking customers.

And of course, it’s taking all safety measures like gloves, masks, extra cleaning, a plexiglass shield for the cashier station and getting infrared thermometers to check employees’ temperatures before entry.

Since that checks all the boxes as far as beating pandemic conditions is concerned, it isn’t surprising that LOCO shares carry a Zacks Rank #1 (Strong Buy).

Note that its revenue and earnings are still expected to decline versus 2019 before growing again next year (year ends in December). But since the 2020 EPS estimate dropped from 46 to 11 cents and then went back up to 43 cents in the last 90 days, it does appear that the company has managed to adjust to the new normal.

It also has a good track record, having topped estimates in each of the last four quarters at an average rate of 21.5%, so there likely isn’t any risk to these expectations.

Based on forward 12 months’ earnings, the shares are trading above their median value but nowhere near their 52-week high achieved in the beginning of May. The S&P 500 is however trading at its 52-week high. So this is a good pick for people looking for exposure to the segment.

Based in San Diego, Jack in the Box is one of the nation’s largest hamburger chains, operating and franchising Jack in the Box quick-service restaurants. Its first store opened in 1951.

The restaurant chain generates just 15% of its revenue through dine-in, 70% typically comes from drive-through and 15% takeout. So it was reasonably well positioned for the pandemic. Management said that over 95% of restaurants were covered by at least one of the four major delivery companies and 8% were covered by at least three. Just like LOCO, it quickly adjusted to doing all sales through the mobile app, drive-through, takeout and delivery systems.

On the product innovation side, it started a Spicy Popcorn Chicken, which along with the recently-introduced Tiny Tacos made up the kind of highly portable items that people could quickly order. These products didn’t disappoint. The usual custom of supplying breakfast items all through the day also paid dividends. The focus on indulgent foods also paid off.

Safety measures for customers and employees were also undertaken.

The shares carry a Zacks Rank #1.

Analysts still see its revenue increasing in the year ending Sep 2020 although earnings will take a hit. Both revenue and earnings are expected to grow thereafter. The 2020 EPS estimate dropped from $3.26 to $2.85 and then went up to $3.52 in the last 90 days, so Jack too seems to have adjusted to the new normal.

While its surprise history is spotty with the company posting an average miss of 8.3% in the last four quarters, its business model positions it better than others to deal with the peculiarities of the pandemic. So it will likely generate more stable income.

Note that it temporarily paused the quarterly dividend.

Based on forward 12 months’ earnings, the shares are trading below their median value over the past year. So they are worth buying at this point.

The company mainly benefits from its delivery and carryout business model. Contactless carryout technology has now been expanded across all U.S. stores and was the main driver of sales in the last quarter.

While only 20 U.S. stores had to be closed, a significantly larger number of stores were closed internationally, due to government mandates.

There are also no issues on the supply chain side, which has helped operation.

Unlike most other restauranteurs, Domino's, its supply chain centers, corporate stores and franchisees plan to add 10,000+ employees across the U.S.

The company has adjusted its standard operating procedures in the last six weeks in keeping with the new normal.

Both revenue and earnings are expected to grow this year, although growth rates are expected to slow down in 2021. The 2020 EPS has gone from $10.29 to $11.32 in the last 90 days. Its four-quarter average earnings surprise is 12.7%, so there seems to be little risk to the expectations.

Based on forward 12 months’ earnings, the shares are trading above their median value but well below near their 52-week high, making it a good pick in this market.