In the past week, American Airlines (AAL - Free Report) grabbed headlines by virtue of its announcement that flights will be operated to full capacity beginning Jul 1. The decision, which implies that the practice of safe distancing while aboard will no longer be followed amid the rising coronavirus cases, drew flak from multiple corners.

With air-travel demand still remaining way below the pre-coronavirus levels, despite the recent improvement, Delta intends to notify its pilots about possible furloughs by sending them notices later this week.

1.  American Airlines’ decision to sell every ticket available means that the carrier’s policy (effective since April) of curtailing bookings to about 85% of a plane's capacity will stand invalid. Although this currently Zacks Rank #3 (Hold) carrier has a number of measures in place complying with anti-pandemic directives like cleaning and sanitizing planes with extra care and requiring passengers to wear face masks throughout their journey at most of its hub airports, its resolve to load the entire plane amid the ongoing pandemic crisis invited criticisms from many quarters. Evidently, travel analyst Henry Harteveldt expressed his disappointment over the issue and said that the carrier “is clearly putting its profitability ahead” of the health of both passengers and its own employees. However, airlines like Delta, Southwest Airlines (LUV - Free Report) and JetBlue (JBLU - Free Report) are still adhering to the rule of restrictive seating capacity, thereby ensuring social distancing.

2.  Apart from resuming service to Shanghai, United Airlines will reinstate flights between Chicago and Tokyo, adding a service to Tokyo's Haneda Airport in July. It will also restart flight operations to Seoul and Hong Kong. Some of the measures that United Airlines is taking to ensure a safe journey for passengers amid the current situation of uncertainty include enhanced aircraft sanitization, touch-less baggage check-ins, usage of filters to circulate air and removal of up to 99.9% airborne particles. Customers are required to confirm that they do not show COVID-19 symptoms and should wear a mask onboard. Non-compliance with wearing a mask will cause temporary revocation of the customer’s travel privileges by the airline.

3.  In a bid to address the issue of pilot overstaffing in the current scenario of below-par demand, Delta intends to send notices to 2,558 pilots in accordance with the Worker Adjustment and Retraining Notification Act to inform them about potential furloughs so that they are better prepared.

In a separate development, Delta’s CEO Ed Bastian stated that beyond August, there might not be many more flight additions through the remainder of the year as coronavirus cases shoot up in certain parts of the country.

4.  Per a Reuters report, management at European low-cost carrier Ryanair Holdings (RYAAY - Free Report) warned of laying off up to 120 pilots in Ireland apart from shutting down two regional bases. The carrier threatened to take such drastic actions unless pilots bypass their union and accept a pay cut. It proposed salary reduction of maximum 20% apart from demanding changes to work practices across Europe.

5. In a bid to combat the coronavirus crisis and subsequently recover from economic slowdown, Azul (AZUL - Free Report) inked collective labor agreements with unions to be effective for the next 18 months. The deals, backed by its pilots and flight attendant unions, allow full flexibility to the Latin American carrier pertaining to its labor costs. 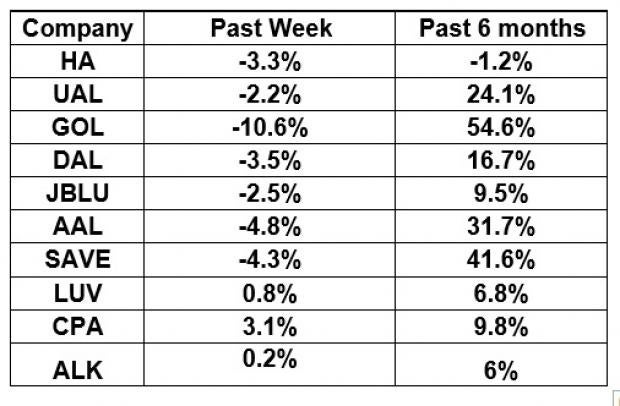 The table above shows that most airline stocks have traded in the red in the past week due to apprehensions of a second wave of coronavirus as cases spike in the United States. The downside further caused a 3.6%  decline in the NYSE ARCA Airline Index to $55.15. Over the course of the past six months, the NYSE ARCA Airline Index has appreciated 14.1%.

June traffic reports from the likes of Ryanair will be awaited by investors in the coming days. 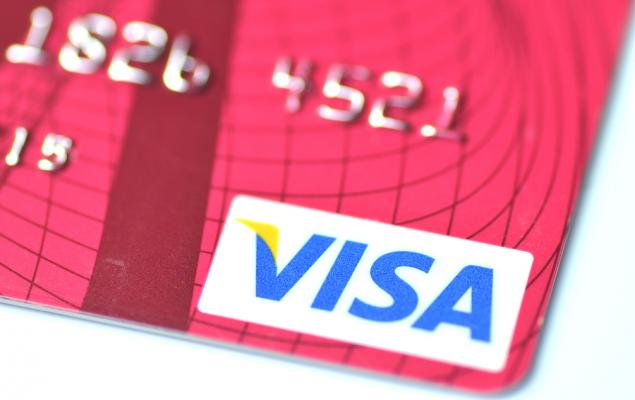