The U.S. telecom stocks witnessed a gradual upsurge in the later phase of the past week after an initial downtrend, as the Trump administration took stern executive steps to keep China-backed firms out of its telecom network in order to lend support to domestic telecommunication companies. The industry mirrored the broader benchmark indices and was buoyed by healthy job market data with the ADP report claiming that about 2.4 million private payrolls were added in June. With several states gradually reopening their economies, various firms have started to bring workers back in their scheme of things after their pandemic-induced furloughs, generating positive vibes across the industry.

After much deliberations, the FCC formally designated China-based Huawei Technologies Co and ZTE Corp as threats to U.S. national security. The declaration would formally prohibit domestic firms from tapping the $8.3-billion Universal Service Fund to purchase equipment from these firms. Established in 1997, the fund provided government subsidies to firms for purchasing equipment and technology for the overall benefit of the U.S. telecom industry. The bureaucratic steps followed a purported list of 20 China-based companies prepared by the U.S. Department of Defense, which it believed are risks to the country. This further encouraged the U.K. government to take a U-turn and signal a tougher stance against Huawei.

In another significant development, Democratic senators introduced a legislation that entails U.S. citizens, who have suffered economic hardships due to the coronavirus pandemic, to have seamless access to the Internet. The bill aims to provide free or low-cost broadband services to economically backward communities or those who were furloughed due to the virus outbreak. The bill is likely to augment an existing FCC subsidy scheme to help Americans tide over the crisis. These factors have likely created a sense of security within the industry, triggering the uptrend.

1.     Verizon Communications Inc. (VZ - Free Report) has joined the mass protest campaign by advocacy groups over the handling of controversial posts and hate speeches on Facebook, Inc. and suspended its advertising displays on the social media platform. With this, the carrier has joined a long list of diverse companies who have voiced their dissent on the raging issue, in order to exert pressure on the social media behemoth to adopt stricter measures against racist and hateful content.

The entry of a giant like Verizon is likely to add significant weightage to the campaign. On its part, the carrier has clarified that strict compliance policies and zero tolerance against hateful content have prompted it to hit the pause button for advertisements. The voice of dissent is likely to encourage other blue-chip firms to follow its footsteps and exert pressure on Facebook to fall in line.

2.      Nokia Corporation (NOK - Free Report) has leapfrogged its rivals by securing an exclusive 5G deal from Taiwan Mobile worth approximately €400 million. The three-year framework deal entails Nokia to supply essential communications equipment as the sole vendor to the mobile phone operator for its seamless transition to 5G technology.

3.      Ericsson (ERIC - Free Report) has inked a definitive agreement with Liberty Latin America Ltd. to accelerate the telecom service provider’s network modernization drive across the Latin America region. The three-year deal is likely to foster the development of cloud-based and virtualized mobile core network solutions and facilitate the carrier to significantly scale up traditional wireless networks for superior customer service.

4.      Qualcomm Incorporated (QCOM - Free Report) recently announced the launch of its Snapdragon Wear 4100 platforms — Wear 4100+ and Wear 4100. Designed for next-generation connected smartwatches, the product is based on ultra-low-power hybrid architecture to deliver super-fast performance and connectivity.

This new System-on-Chip has been built to deliver 85% higher performance compared with the Snapdragon Wear 3100 platform for faster app launches, more responsive user experience as well as richer photo and video experiences. The Snapdragon Wear 4100+ architecture is designed to deliver improved performance, connectivity, smartness and power compared with the previous platforms.

The newest addition to the Orbi Mesh System comes with a two and three-pack router and satellite system that offers consistent WiFi coverage to large-sized homes spanning over an area of up to 5,000 square feet. This is likely to make the Orbi technology more accessible to a broader spectrum of audience by catering to the WiFi needs of almost every household. 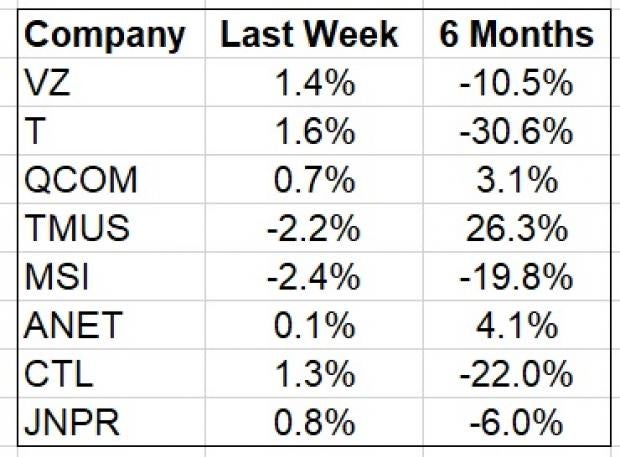 Over the past six months, the Zacks Telecommunications Services industry declined 15.2%, while the S&P 500 recorded average loss of 3.9%. 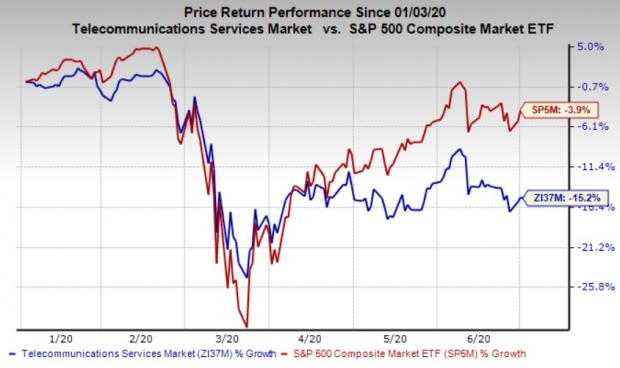 In addition to product launches, deals and 5G deployments, all eyes will remain glued to how the administration attempts to devise pre-emptive steps to thwart Chinese dominance in 5G while safeguarding interests of domestic firms.

Is CNA Financial (CNA) a Good Choice for Value Investors?