The retail apocalypse is hitting the fan, and antiquated brick-and-mortar retailers are going belly up left and right. Macy's (M - Free Report) , a company that survived through two World Wars, the Great Depression, and even the Civil War, is now on the brink of insolvency. Analysts have been continually reducing their EPS estimates for Macy's, dropping M to a Zacks Rank #5 (Strong Sell).

The global pandemic has been devastating to brick-and-mortar retailers across the country. Storefronts have been forced to close their doors, and when they can reopen, they are only permitted to admit a fraction of the capacity. The retailers that have not successfully adopted an ecommerce or omnichannel strategy have suffered, and many have been forced to file for bankruptcy protection.

Long-standing consumer discretionary staples like Brooks Brother, Neiman Marcus, and JC Penney JCP have already filed. Still, I anticipate another wave of bankruptcies to hit the longer this pandemic plagues our economy. Macy's looks like they may be next on the list.

Macy's fully withdrew its entire $1.5 billion line of revolving credit to maintain liquidity in Q1. The company is just hoping that the $1.5 billion will last them through the remainder of this crazy year. Analysts are anticipating Macy's to report a bottom-line loss for the rest of the fiscal year.

Straw That Broke The Camel's Back

Macy's has been struggling for years as the world transitions away from the seemingly archaic department store model and towards digitally-driven online sales. The ease and convenience of shopping on Amazon (AMZN - Free Report) compared to navigating Macy's massive and cumbersome departments is an attractive product offering. The younger generations are pushing the economy online and leaving department stores like Macy's out to dry.

The company has been experiencing declining sales for roughly 5.5 years now, and its bottom-line continues to deteriorate. M has lost over 90% of its value over the past 5 years. This year alone, the stock has declined roughly 60%, not to mention its credit has slipped into junk bond territory.

Despite the stock's already massive drop, 25% of its shares are still held short. Investors are pricing in insolvency, and I wouldn't want to be anywhere close to these shares if/when it is announced. 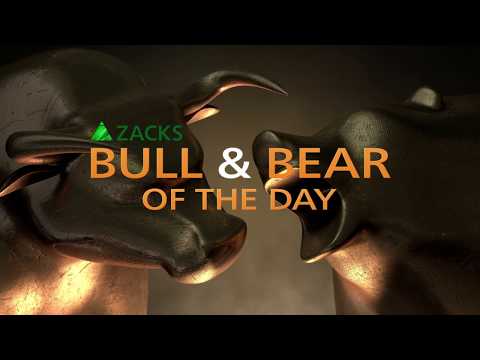