The availability of options on broad-market indices has been a boon for traders and investors. The ability to take a position backed by the belief that the equity markets will rise, or fall, or not move at all is very valuable.

So is the ability to insure or “hedge” existing holdings in stocks buy buying options - or conversely to generate additional income by selling options.

Since first being published 124 years ago, the Dow Jones Industrial Average has been the most frequently quoted benchmark for the performance of US equities – so much so that in many respects, it’s become almost synonymous with the market itself.

“What did the market do today?”

The answer to that question tends to be answered with a report on the daily point change in the Dow.

It’s somewhat difficult to imagine in the current age of “real-time” market information, but in the 1800’s, the average investor in most parts of the country waited for the morning paper to see how stock prices had changed during the previous session.

(Lucky us – we can scroll to the top of this very page, type in a ticker symbol and access pretty much of all the financial information we could ever want - but obviously it hasn’t always been that way.)

Despite it’s iconic status as the bellwether for the American stock market, the manner in which the DJIA is calculated brings along some significant limitations - and the events of this week put those issues in sharp focus.

First, with only 30 stocks, the Dow is limited in scope compared to the other widely quoted indices that are comprised of 100, 500 or – in the case of the small-cap Russell - even 2,000 stocks.
The more significant limitation is the fact that the Dow is a price-weighted index. At its inception, that meant the raw number that was reported each morning in the Wall Street Journal was simply the sum of the share prices of each of the stocks in the index. The original group of companies - which started with 20 stocks and was later expanded to 30 – included 19th century industries like railroads, coal, leather and rubber.

When stocks were deleted from the index and new stocks were added, it became necessary for the administrators to introduce a divisor so that the index value wouldn’t be unduly affected by a mechanical event. That divisor also gets adjusted when a company enacts a stock split or otherwise changes the number of shares outstanding.

A stock split is the underlying reason for the significant changes we’re about to see in the composition of the Dow later this month.

All three new names rallied significantly after the news of their imminent addition.

The Apple split and the new additions and deletions will take effect on August 31st. At the same time, the index divisor – currently just under 15% - will be adjusted to eliminate the overnight price impact of the changes.

The net effect on the Dow index is likely to be a reduction in volatility. It’s simply math. Any given percentage move in the soon-to-be-added companies will have a more significant impact on the index than an identical move in the deleted stocks, but the impact of price moves in Apple (which has been one of the hottest large-cap stocks recently) will be greatly reduced.

So what does this all mean for options traders?

The good news is – not much. Thanks to the fact that the Dow Jones Company dragged their feet for decades about making their flagship index available as futures and options products, a different index – the capitalization-weighted S&P 500 is the dominant vehicle for trading the movements of a broad index.

The Chicago Mercantile Exchange (CME) introduced futures contracts on the S&P 500 in 1982, added options shortly thereafter and expanded the offering to smaller-sized, electronically traded futures and options in 1997.  A 2012 joint venture brough together the CME, S&P Global and NewsCorp (owner of Dow Jones & Company) for the purpose of listing index ETFs and derivatives around the world.

The biggest products by trading volume and the notional value changing hands remains those that follow the performance of the S&P 500. It’s the undisputed benchmark for investment managers. Because of its broad basket of stocks, market capitalization weighting and enormous liquidity, it’s the gold standard for tradable indices.

You might hear about the Dow on the evening news, but the pros tend to trade the S&P – and you probably should as well. 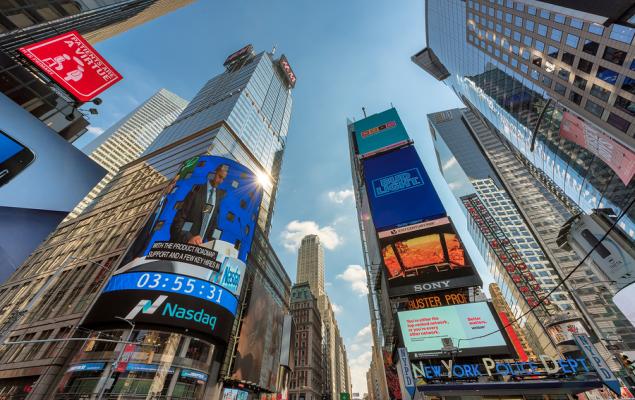 The ABCs Of Option Trading & A Couple Simple Trading Tips