Investors who bought Zoom Video (ZM - Free Report) shares at any time during 2020—recent market pullback aside—have likely enjoyed rather impressive returns. The video conferencing platform has benefitted from the perfect set of circumstances that boosted its profile, revenue, and bottom line.

Zoom has proven the naysayers wrong throughout its run over the last five-plus months, highlighted by its 40% post-second quarter earnings release surge. As the economy returns to something closer to normal, the questions about Zoom’s long-term strength might grow louder. But Zoom was expanding well before the pandemic that highlighted the utility of its offerings.

Zoom was thrust into the spotlight early on in the pandemic, as people and businesses quickly searched for ways to connect with coworkers and friends during the stay at home and social distancing push. Zoom’s cloud-based video conferencing platform proved to be a hit because of its ease of use, and it proliferated from there.

Even if Zoom calls between friends and family continue to fade, as people become more comfortable expanding their circles, it doesn’t really impact the firm substantially. ZM revenue comes from subscription-based paying customers that are still using its offerings non-stop in the current remote work and learning environment that could be here for a while.

The possibility of businesses remaining in their current remote capacity for a long time is very realistic, especially for many professional services firms in big cities, where public transportation, elevators, and more hamper reopening plans. More importantly, Zoom’s longer-term success might hinge on companies finding the work-from-home world relativity seamless.

This could see companies permanently cut back on rent and commercial real estate expenses. The numbers already show that people are leaving San Francisco, as some of the biggest tech companies such as Facebook (FB - Free Report) and others commit to a longer-scale remote work plan.

On top of that, Zoom offers firms the chance to scale down travel, which the pandemic could help normalize. This also has potentially positive environmental impacts that companies might take advantage of for various reasons. Zoom, which went public in April 2019, was highlighting this factor well before the coronavirus.

It is also vital to remember that the company was growing before millions of people were forced to work from home and go to school virtually. For instance, Zoom’s fourth quarter revenue jumped roughly 80% for the three-month period ended on January 31. Meanwhile, its full-year fiscal 2020 revenue climbed 88% to $622.7 million.

The firm in July announced its latest business segment: Hardware as a Service, which will make Zoom Rooms and Zoom Phone more accessible. The firm went on to showcase its new Zoom for Home video conferencing screen, in collaboration with DTEN, that’s aimed at workers that want to beef up and further professionalize their home-office experience. The offering is set to retail for $599.

More recently, Zoom on August 31 released its Q2 FY21 financial results that were somehow still able to impress investors despite its massive run. The company’s revenue climbed 355% from the year-ago period, while its customers with 10 or more employees jumped 460% to over 370,000. On top of that, its clients bringing in over $100,000 in TTM revenue jumped another 112% during the period ended on July 31.

All of this growth helped Zoom’s adjusted quarterly earnings soar from $0.08 a share in the year-ago period to $0.92 per share. This topped our estimate by over 100%.

Analysts have quickly revised their estimates to reflect a more bullish outlook for not just for the third quarter, but for next year as well. The nearby chart showcases that Zoom’s Q3 consensus estimate is up 114% from before its report, with FY21 and FY22 up 78% and 65%, respectively.

That said, the stock has fallen since hit its highs, as part of the recent selloff, driven by high flyers such as Tesla (TSLA - Free Report) and Apple (AAPL - Free Report) . Zoom closed regular trading Friday at around $370 a share, down 20% from where it closed on Tuesday. This pullback seems healthy for Zoom and others that helped push the S&P 500 and the Nasdaq to new highs.

Zoom is a Zacks Rank #1 (Strong Buy) right now that holds “A” grades for Growth and Momentum in our Style Scores system. The company has also topped our bottom-line estimates by at least 100% in the trailing four quarters, as analysts struggle to keep up.

Clearly, there could be more selling pressure on a market that may be overheated. But the bulls fought back against what looked to be another massive rout Friday, with the Nasdaq closing down just 1.27%, after tumbling big early.

Zoom’s valuation screams growth stock, and many might want to stay away until more of the dust settles. Nonetheless, ZM has established itself as a pandemic winner that could be ready to thrive for years to come as some business permanently adopt a few habits they picked up during the coronavirus—that is still with us. 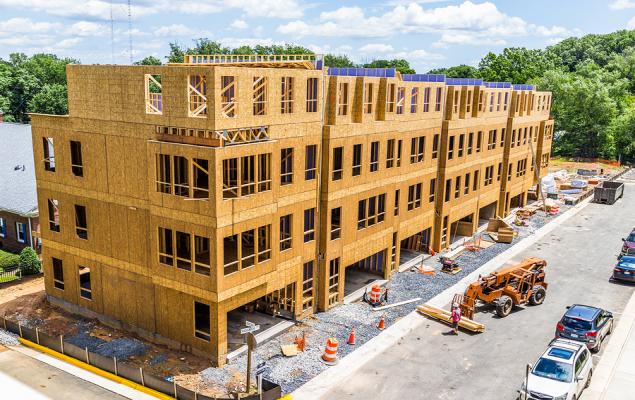