What is a Stock Split? Should I Buy Apple and Tesla Stock?

Hey everybody, Dave Bartosiak here with a new look Trending Stocks. I’ve gotten a little more tan, the beard a little more full, I’m a little wider, but, I’m also, much, much wiser. So wise, in fact, that now, in addition to bringing you the lightest, funniest and most ironic stories from the investment world, I am also going to drop a little knowledge. Like today’s tidbit here on stock splits. What happens during a stock split? And why did Apple and Tesla go down after their splits when stonks only go up?

Here’s a fun exercise. Let’s say I have this beautiful yellow Ferrari mug full of bourbon, er, I mean, uh, coffee. Then I announced, hey everybody, I’m doing a 2-for-1 split of my bur…coffee. I take my Corvette Racing mug and I pour in some coffee. Now, I have two mugs of coffee. Does that mean I have more coffee? No. I have the same amount of coffee, it’s just that now I have the coffee in two different mugs.

That being said, this time, both stocks went crazy on the news of the split. Tesla shares rallied from a split adjusted $273 to nearly $500 while Apple went from split-adjusted $93.77 to over $135.

Now See All Our Private Trades

While today's Zacks Rank #1 new additions are being shared with the public, other trades are hidden from everyone but selected members. Would you like to peek behind the curtain and view them? Starting today, for the next month, you can follow all Zacks' private buys and sells in real time from value to momentum  . . . from stocks under $10 to ETF and option moves . . . from insider trades to companies that are about to report positive earnings surprises (we've called them with 80%+ accuracy). You can even look inside portfolios so exclusive that they are normally closed to new investors. Click here for all Zacks trades >>

Every time you share this video, somebody cuts a four-slice pizza into eight slices and brags about having more pizza. Subscribe to the YouTube channel, Tweet @bartosiastics, and come back for the next round of shenanigans with Trending Stocks. 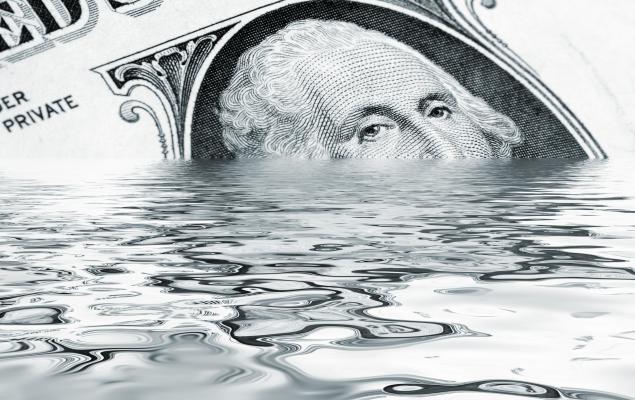