You’re probably almost as tired of reading it as I am of writing it, but… it’s been a bizarre year.

Many businesses have been struggling mightily in an environment in which much of their customer base hasn’t been physically going to their establishments. In many cases, they’ve been forced to close their doors altogether and try to wait out the storm while they continue to pay rent and try to hold on to their valued employees until the revenue starts flowing again.

The strange part – which would have been difficult to predict when the pandemic reached the US early in 2020 – is that some businesses have been the beneficiaries of the changing tide of customer behavior.

Caseys General Stores (CASY - Free Report) is just one of those fortunate recipients during difficult times.

Headquartered in Des Moines, IA, Caseys has more than 2,100 stores in 16 Midwestern and Southern states. The business is primarily built around the operation of gas stations, but most investors are probably at least probably aware that selling fuel doesn’t tend to be a very profitable enterprise.

Margins vary by geographical location, as well as whether the fuel is nationally branded or generic, but what most fueling stations have in common is the higher profit they enjoy on almost everything else they sell. Fuel tends to be priced at commodity levels, but snacks, beverages, cigarettes, and even lottery tickets – that’s where a typical gas station rakes in the profits.

That’s also the real beauty of Caseys General Stores – especially right now. A lot of the things that people have become accustomed to spending money on simply aren’t available. A dinner at your favorite fine dining restaurant, a workout at the gym, even just a haircut or simple spa services have been hard to come by. If you live near a major metropolitan area, there’s a good chance you pass several gas stations and convenience stores each day with little to differentiate them from each other. The typical customer tends to simply stop at the location that’s closest when they need to fill up with little loyalty to a specific brand.

For many Caseys customers, it’s the only place in a reasonable radius to pick up those daily staples. In addition to self-serve gasoline, Caseys offers a wide selection of house branded food items like pizza, donuts and sandwiches. For these types of items, it’s much easier to engender customer loyalty. When people know they can get a favorite food or beverage item in an attractive, clean and friendly environment, they come back often. It becomes part of the daily routine.

Caseys has used extensive marketing research to create a loyalty program “Fleet” card that’s tailored to the needs of customers who drive as part of their job, increasing both gasoline and food sales and also providing valuable data about customer preferences to guide futures product offerings.

Producing and distributing a large portion of the items they sell allows Caseys to enjoy better than average gross margins and avoid transportation and supply bottlenecks. The company owns and operates two state-of-the-art distribution facilities – one in Iowa and one in Indiana – each with a 500-mile distribution radius that covers the entire range of states in which stores are located. Casey’s transports 90% of food and convenience items themselves and 75% of fuel.

Thanks to pricing power and tight cost control, Caseys gross margin on gasoline – traditionally a low-margin product – is an industry leading 20.3 cents/gallon.

As is common with Heartland businesses that grew from small family operations, Caseys exhibits a great deal of financial discipline and owning the majority of their assets allows them to tightly control costs, growing strategically while still returning capital to shareholders.

Caseys has a full line of branded food and beverage items that have become customer favorites. Essentially, they turned the value proposition of gas station operation upside down. Instead of customers stopping in for fuel and then also buying other items, Caseys’ customers actively plan to visit one of their locations for food – especially their signature pizza – and often end up filling the tank while they’re there.

Even as miles driven – and gasoline consumed – have fallen as millions of Americans work from home during the pandemic, Caseys revenues have held up fairly well and net profits are rising. The gas station business isn’t a spectacular growth enterprise. There’s simply a physical limit to how much product they can sell, but it’s also remarkably consistent and times like these are exactly when consumer favorites like Caseys General Stores beat the competition.

Despite a solid rally over the past several months, Caseys still trades at a very reasonable forward earnings multiple of just 26X and also pays a small but consistent dividend of $1.28/share.

It’s not like a glamorous, high-flying tech stock, but simply selling the simple items that everyone needs makes Caseys a great cornerstone investment in your portfolio.

Breakout Biotech Stocks with Triple-Digit Profit Potential The biotech sector is projected to surge beyond $775 billion by 2024 as scientists develop treatments for thousands of diseases. They’re also finding ways to edit the human genome to literally erase our vulnerability to these diseases. Zacks has just released Century of Biology: 7 Biotech Stocks to Buy Right Now to help investors profit from 7 stocks poised for outperformance. Our recent biotech recommendations have produced gains of +50%, +83% and +164% in as little as 2 months. The stocks in this report could perform even better. See these 7 breakthrough stocks now>> 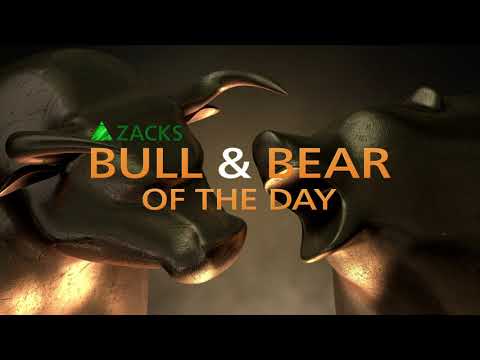 Bull of the Day: Intuit (INTU)