All of the Zacks Premium Screens have some tough criteria for stocks to pass. However, the Quality Fundamental Outperformers screen may have the biggest hurdles to overcome.

It requires a Zacks Rank #1 (Strong Buy), which is difficult enough to obtain in its own right. But on top of that, it also demands a Momentum Style Score of “A” and a Zacks Industry Rank in the Top 50%. Not easy!

But the companies able to make it through all this have an outstanding chance to outperform the market today and keep that momentum going in the future.

Below are three names that recently passed the test. Make sure to click here for the complete list.

Michaels (MIK - Free Report) can help you make a beautiful quilt for your beloved grandmother to let her know how much you’re thinking of her as winter approaches in this difficult time.

Or, Michaels can help you make enough money to just buy granny a quilt (that would probably be better than anything you could make anyway) and maybe even take a trip to bring it to her in person.

For the point of this article, let’s deal with the latter scenario.

MIK is the country’s leading specialty retailer of arts and crafts with more than 1200 stores in 49 states and Canada. The company offers all the goods you’ll need to be creative and cope with a pandemic that just won’t go away.

Shares have jumped more than 547% since the coronavirus low For its fiscal second quarter report, earnings per share of 30 cents beat the Zacks Consensus Estimate of a five-cent loss by 700%! It also improved nearly 58% year over year.

Meanwhile, net sales rose over 11% to $1.15 billion, trouncing our expectations of just around $1 billion. Comps were up an impressive 12%.

If a retailer is doing this well in such an unprecedented environment, it must be making a lot happen over the Internet. Sure enough, MIK reported e-commerce growth of more than 353%!

It’s been enjoying success through curbside pick-up, BOPIS, same-day delivery, ship from store and in-app purchases. Even more impressive, all of its stores were re-opened by the beginning of July, so it’s not relying completely on e-commerce.

Therefore, they currently expect earnings growth of 14.3% for next fiscal year over this one. 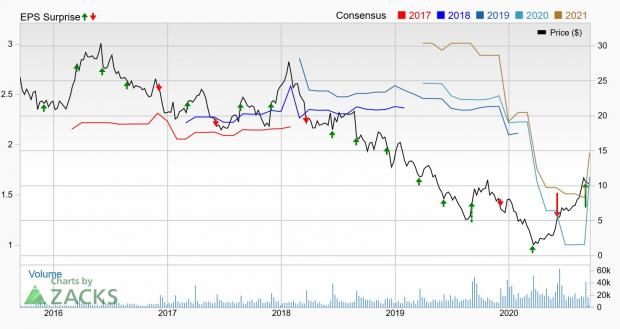 It’s hard to explain what Corning (GLW - Free Report) does in one or two sentences. On the one hand, it makes glass substrates that are used in LCD TVs and PC monitors. However, it also makes optical cables and even glassware (such as Pyrex) that’s used in laboratories and kitchens all over the word.

You could say that GLW is a glass company, but that would be like saying Disney makes cartoons or Amazon sells books. Yeah, that’s true, but it’s only the tip of the iceberg.

Instead, let’s start by saying that GLW has a leadership position in each of its five Market-Access Platforms: Life Sciences, Mobile Consumer Electronics, Automotive, Optical Communications and Display.

It’s latest innovative product was Gorilla Glass Victus, which significantly improves drop and scratch performance in the Gorilla Glass family. By the way, Gorilla Glass has been designed into more than 8 billion devices by more than 45 major brands!

GLW has beaten the Zacks Consensus Estimate for 17 straight quarters. Most recently, it reported second-quarter earnings per share of 25 cents, which beat expectations by more than 127%. It now has a four-quarter average of just under 40%.

Core sales in the quarter came to $2.59 billion, which was down from the year-ago result but still managed to easily beat expectations of $2.39 billion

The past two months have included nice upward revisions from analysts. The Zacks Consensus Estimate for his year has jumped 19.4% in that time to $1.23. Expectations for next year are up 8.4% to $1.81.

Most importantly though, analysts currently forecast earnings to soar more than 47% next year over this year.

Corning boasts of being around for approximately 170 years, so it’s seen a good amount of challenges over the years. The company performed well during this pandemic with shares soaring about 89% from the March 23 low… and it plans to continue being an industry leader far into the future. 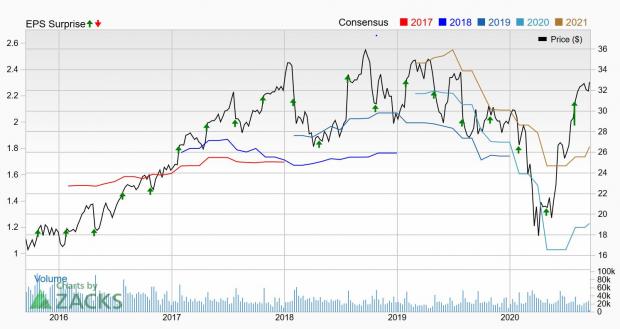 Even if you’re living happily in the “forever home” of your dreams… you’ve probably checked out some listings on those real estate brokerage sites. Why wouldn’t you? There’s always a better home in a better neighborhood somewhere, but there may never be a better opportunity.

And those opportunities are not just for homeowners or potential homeowners, but for investors too. Not only do the historically low interest rates make buying a home more appealing than ever right now, but the industry is dealing with a serious case of undersupply. And it comes right at the point when a whole new generation of buyers are ready to hit the market.

All those late-20, early-30 somethings who spent their first years away from home by posting pictures of food on Facebook and boasting about not needing a car are starting families. They need a home, but there might not be much for them.

This undersupply is one reason why the building products – home builders space is in the Top 2% of the Zacks Industry Rank.

One of the bigger names in this group is Lennar Corp. (LEN - Free Report) , which showed how strong a hand it has these days with a solid fiscal third-quarter performance earlier this week. The home builder reported its sixth straight positive surprise as earnings of $2.12 beat the Zacks Consensus Estimate by more than 40%. It now has a four-quarter average surprise of over 33%.

Revenue of $5.87 billion were up a little from last year, but demolished expectations by over 10%. 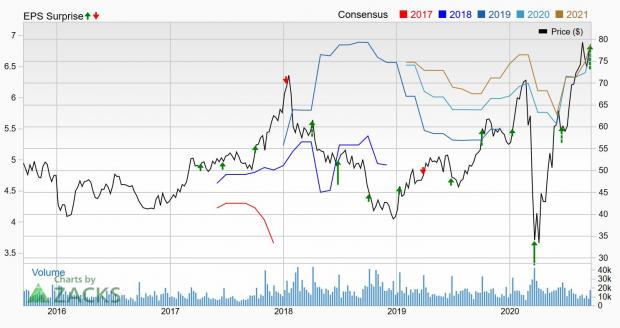