Bull of the Day: YETI (YETI)

Upstart retail brands have been disrupting the market during the digital-commerce age, as shopping habits change and new generations enter their prime spending years. Yeti (YETI - Free Report) is a high-end cooler firm that fits this mold and it has expanded its portfolio to more everyday items.

Yeti was founded in 2006 and its heavy-duty, high-end coolers—which can cost up to $1,299—became popular with commercial fishermen and the like.

The Austin-Texas-based company’s signature white coolers then became a staple at tailgates, backyard cookouts, and campfires. These days, Yeti has expanded its color palette and it now sells a variety of coolers in various shapes and sizes.

More importantly, since the cooler market is pretty niche, Yeti’s portfolio includes drinkwear such as tumblers and mugs, as well as chairs, backpacks, hats, and more. In fact, 57% of its revenue came from its drinkwear unit last quarter.

Yeti has slowly built out its brick-and-mortar business beyond its flagship store in Austin. The company currently has locations in Denver, Charleston, Chicago, and a few other strategic locations. Yeti coolers and everything else can also be found everywhere from Dick’s Sporting Goods (DKS - Free Report) and REI to other retailers that fit its brand image.

Investors might want to think of Yeti in the same breath as Lululemon (LULU - Free Report) . Both companies are new-age, higher-end retailers that have built strong brand loyalty in the social media age and are taking on the old guard as they expand internationally. 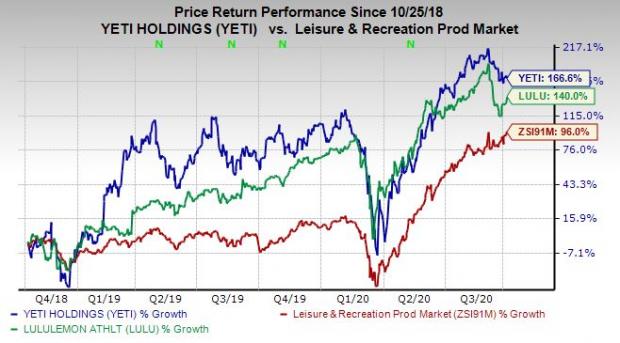 Yeti topped our second revenue and earnings estimates in early August, with adjusted earnings up 38%. The retailer’s sales popped 7% for the period ended June 27, with direct-to-consumer revenue up 61% amid challenging times for many brick-and-mortar retailers. Yeti’s gross profit popped 18%, driven by expansion in its higher-margin DTC businesses, product cost improvements, and more.

The cooler firm’s top-line outlook appears even more impressive heading into the holiday shopping season. Our Zacks estimates call for its Q3 FY20 revenue to jump 15.5%, with fourth quarter sales expected to surge 14.5% to reach $340.4 million.

At the bottom-end of the income statement, Yeti’s adjusted FY20 earnings are projected to climb 19.2% to $1.43 per share, with FY21 expected to come in another 20% higher. And the chart below showcases the company’s recent strong earnings revisions activity, with its FY20 estimate up 38% and FY21 up over 27%

Yeti’s impressive adjusted earnings revisions help it grab a Zacks Rank #1 (Strong Buy) right now. Yeti also sports a “B” grade for Growth and an “A” for Momentum in our Style Scores system. Plus, its Leisure and Recreation Products space sits in the top 12% of our over 250 Zacks industries, and it boasts a solid history of earnings beats.

Overall, Yeti has outpaced Lululemon since its October 2018 IPO, up 167%. This run includes a 190% surge off the market’s March lows. The stock closed regular trading Thursday at $46.53, which gives its nearly 15% more room run before it climbs back to its early September highs.

Yeti also trades at 28.7X forward earnings. This roughly matched its one-year median and marks a solid discount against its industry’s 38X average and Lululemon’s 58.9X. 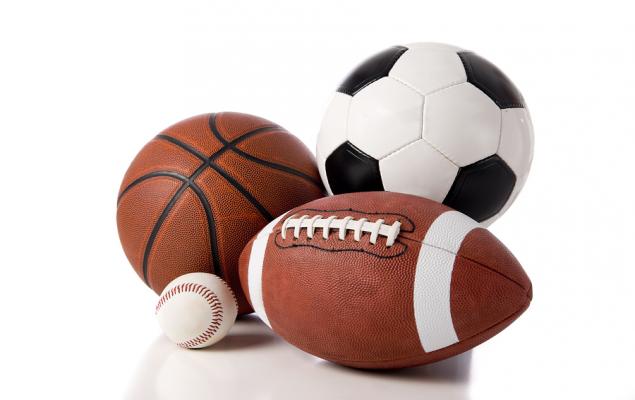