Walmart (WMT - Free Report) has showed off its growing e-commerce strength during the coronavirus, as its beefed-up offerings help it shine during the social distancing days.

Walmart earlier this month reportedly agreed to sell its UK grocery chain Asda in a deal worth $8.8 billion. The move came roughly two years after it sold its Brazilian business to a private-equity firm, as it moves away from markets that it believes lack growth and or don’t fit in with its longer-term plans.

Further highlighting WMT’s push toward digital, the company announced in September that it “tentatively agreed to purchase 7.5% of TikTok Global as well as enter into commercial agreements to provide our ecommerce, fulfillment, payments and other omnichannel services to TikTok Global.” Oracle (ORCL - Free Report) meanwhile, is set to take a 12.5% stake in the Chinese social media firm that has challenged Instagram (FB - Free Report) and others.

Yet most importantly in terms of its core business and longer-term expansion, Walmart in mid-September launched its highly-anticipated subscription service to help it further challenge Amazon (AMZN - Free Report) . The service, dubbed Walmart+, costs $98 a year vs. Amazon Prime’s $119, and offers unlimited free deliveries on orders worth at least $35. Members also get discounts on fuel and access to new in-store check out offerings. 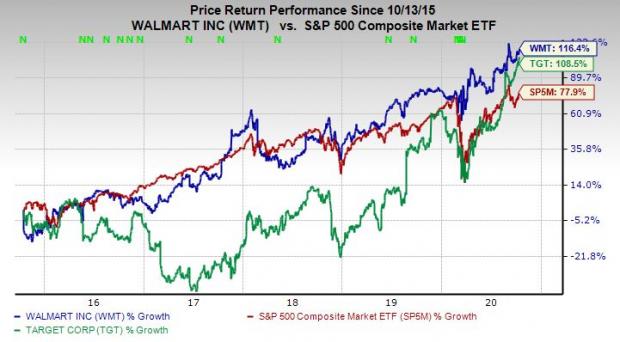 Walmart is the largest U.S. retailer and it likely could have easily survived for years without jumping headfirst into the digital commerce world. Instead, Walmart has gone all-in on the next wave of commerce. The firm has rolled out more delivery and pick up options, as it continues to expand its overall digital business to help fend off Amazon’s encroachment and challenge peers such as Target (TGT - Free Report) and Costco (COST - Free Report) .

WMT has purchased and partnered with many smaller online-focused retailers. One of its more recent moves saw it team up with secondhand, e-commerce clothing firm ThredUp. On top of that, the company in July announced that it partnered with digital retail powerhouse Shopify (SHOP - Free Report) to bring more small businesses to WMT’s third-party marketplace.

The company has also spent money to break into the booming digital advertising business. This includes its 2019 acquisition of Polymorph, which bolstered its “supply-side ad stack to deliver full native ad campaigns and reports to brands.” Walmart hopes to follow Amazon’s lead that’s seen it become the third-largest player in the space behind only Facebook and Google (GOOGL - Free Report) .

Investors should also note that Walmart was growing its digital businesses long before the coronavirus. For instance, the retailer’s U.S. e-commerce sales jumped 37% in fiscal 2020 and 40% in FY19.

It is also worth remembering that e-commerce accounted for only 16% of total U.S. retail sales in the second quarter, despite perfect conditions, up from roughly 11% in the year-ago period. This means the market still has miles of runway left and that Walmart is able to capture the much larger traditional brick-and-mortar market. The company is also ready to benefit from growth in the world’s second largest country, India, through its Flipkart deal.

WMT shares have outpaced Target over the last five years, as the nearby chart showcases, up 116% vs. the S&P 500’s 78%. More recently, Walmart stock has climbed 21% in the last 12 months and 11% in the past three months. WMT closed regular trading Monday at $144.25 per share, which puts it about 4% off its early September highs.

Walmart does trade at a premium compared to its peer group and its industry, as it has for years. But at 25.6X forward earnings, WMT rests near its own 52-week median and not too far off its industry’s 20.9X average. Meanwhile, the retailer’s 1.50% dividend yield roughly matches the S&P 500’s average and the 30-year U.S. Treasury.

Moving on, Zacks estimates call for Walmart’s adjusted Q2 earnings to pop 1.7% to $1.18 a share, despite spending to deal with coronavirus-based demand and the expansion of its lower-margin e-commerce unit.

The company’s revenue is projected to jump roughly 3% in both Q3 and Q4, with its full-year sales projected to pop 5.2% to reach a whopping $551 billion. This would top last year’s 1.9% revenue growth and mark its strongest year since fiscal 2013.

Walmart’s positive earnings revision trend helps it land a Zacks Rank #1 (Strong Buy) at the moment, alongside an “A” grade for Growth in our Style Scores system. WMT is also part of an industry that rests in the top 11% of our more than 250 Zacks industries, and might be worth considering as a continued coronavirus play and a longer-term addition to a balanced portfolio.

Zacks’ 2020 Election Stock Report: In addition to the companies you learned about above, we invite you to learn more about profiting from the upcoming presidential election. Trillions of dollars will shift into new market sectors after the votes are tallied, and investors could see significant gains. This report reveals specific stocks that could soar: 6 if Trump wins, 6 if Biden wins. 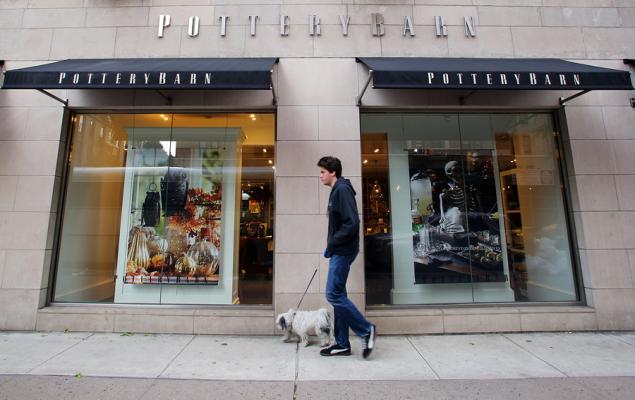 Bull of the Day: Williams-Sonoma (WSM)